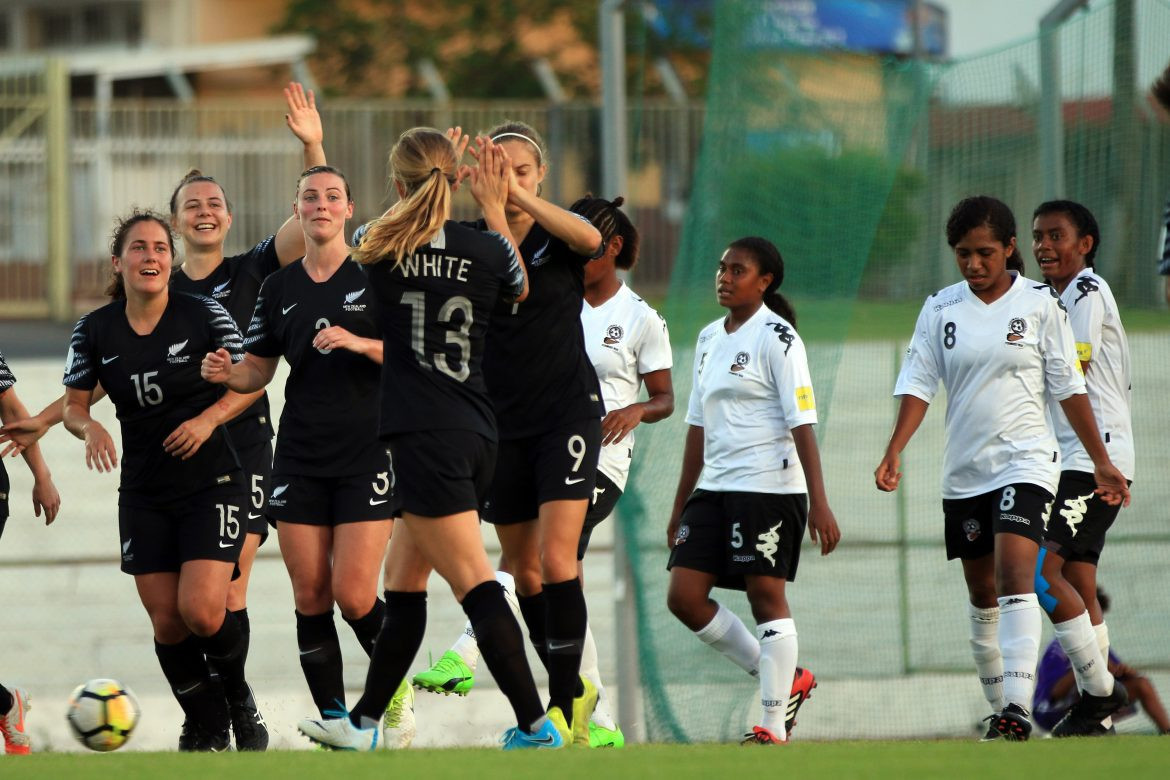 New Zealand beat Fiji 10-0 to qualify for the semi-finals as winners of Group B at the Oceania Football Confederation (OFC) Women's Nations Cup in New Caledonia.

With both teams already qualified for the next round, New Zealand hit double figures for the second time in the tournament, with Sarah Gregorius grabbing a hat-trick at the Stade Numa Daly in Nouméa.

Katie Rood and Annalie Longo got two goals each, with Meikayla Moore and substitute Emma Rolston also getting on the score sheet.

New Zealand are now scheduled to play hists New Caledonia in their semi-final, after the hosts finished second in Group A.

Despite being subjected to a heavy defeat, Fiji have still qualified in second place and are now due to play the winners of Group A, Papua New Guinea.

In the remaining Group B fixture, Tonga secured a consolatory victory in the form of a 1-0 win over Cook Islands, Laveni Vaka getting the solitary goal.

With the group stages over, the semi-finals are now set take place on Wednesday (November 28), with Papua New Guinea and Fiji playing in Maré and New Zealand's tie with New Caledonia in Lifou.