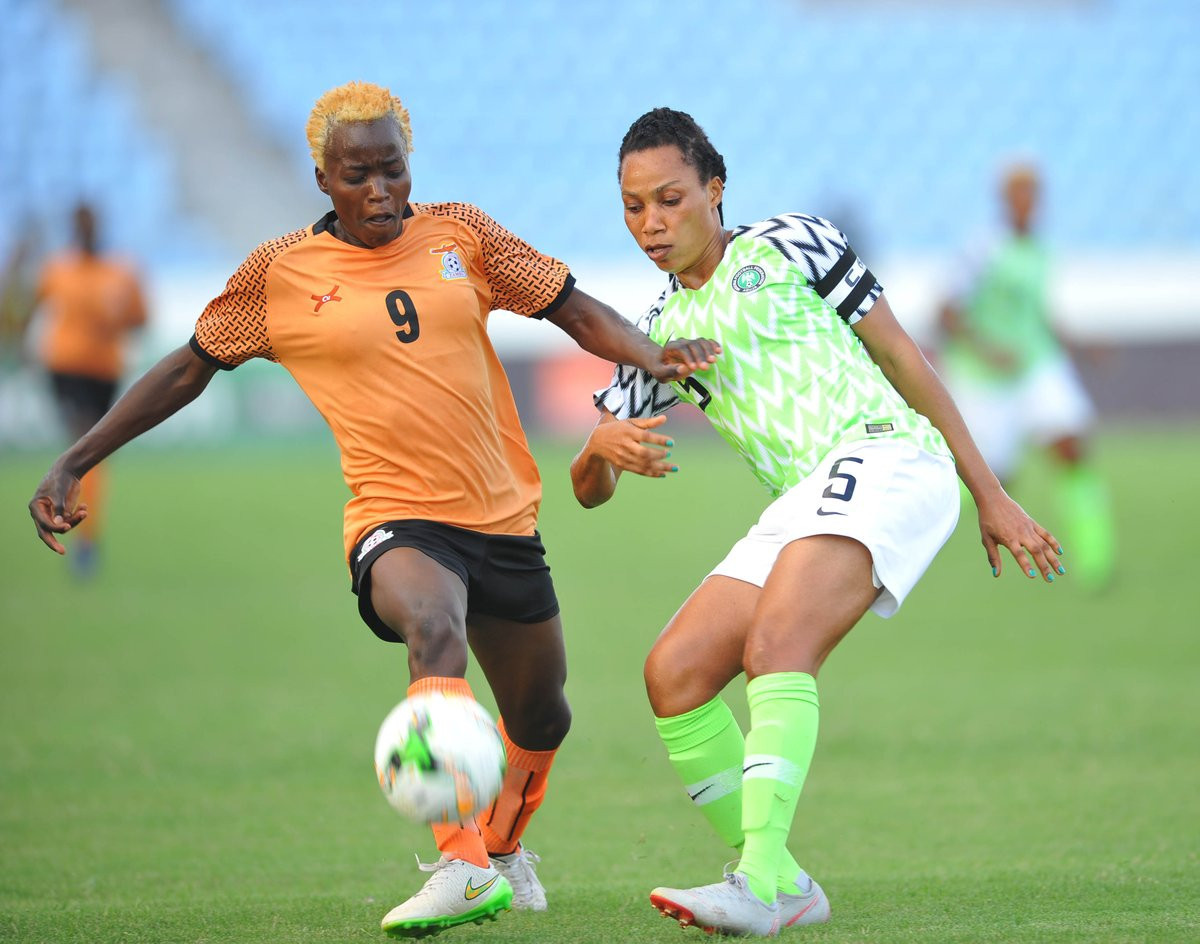 Nigeria have thrashed Equatorial Guinea 6-0 in their final group game at the Women’s Africa Cup of Nations today to finish second in Group B and advance into the semi-finals.

The team started the day level with Zambia on three points and so they knew a win at the Cape Coast Stadium in Ghana was essential to give themselves the best chance of qualifying.

If they were nervous beforehand, it did not show on the pitch.

Francisca Ordega put them ahead after 10 minutes before the lead was doubled three minutes later by Asisat Oshoala.

At half-time the result was already a foregone conclusion, but Ugochi Desire Oparanozie made it five in the 48th minute before Rita Chikwelu sealed the win just after the hour mark.

Today’s other match saw South Africa draw 1-1 with Zambia at the Accra Stadium to confirm their place as group winners.

Both goals were scored in two first-half minutes as Thembi Kgatiana gave South Africa the lead in the eighth before Rachael Kundanaji then equalised in the 10th.

It means South Africa top the group on seven points, while Nigeria’s win sees them through on six.

In the Oceania Football Confederation Women’s Nations Cup, hosts New Caledonia and Papua New Guinea each advanced into the semi-finals today with wins over Samoa and Tahiti respectively.

New Caledonia go through in second place in Group A thanks to a comfortable 2-0 win at the Stade Yoshida, while Papua New Guinea won their game 3-1 to advance unbeaten.

"We’re in the semi-finals yes, but I think today what made me happiest is that the players showed today what they are capable of,"New Caledonia’s coach Kamali Fitialeata said.

"We played our game today and that’s what pleased me the most.