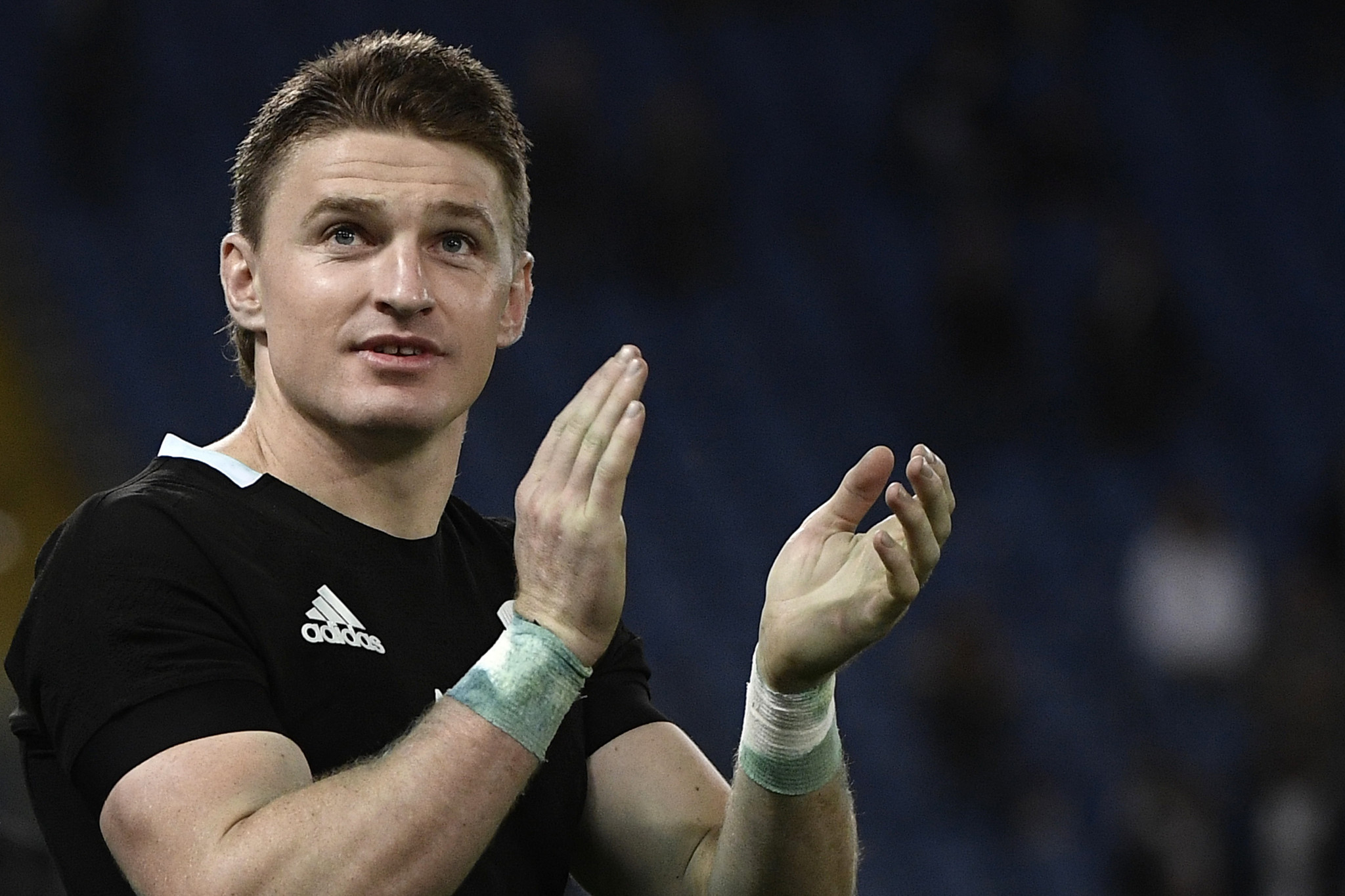 New Zealand's Beauden Barrett will become the first player to win the Men's Player of the Year award for three consecutive years if he is successful at the World Rugby Awards here tomorrow.

Barrett won the prestigious accolade in 2016 and 2017 and has been nominated once again after scoring seven tries in eight tests in 2018, as well as helping New Zealand defend the Rugby Championship title.

Hoping to end the fly-half's run is South Africa's scrum-half Faf De Klerk, who played pivotal role in his country's Rugby Championship campaign, and Ireland's fly-half Johnny Sexton, who helped his side triumph in the Six Nations with a Grand Slam before a series in Australia for the first time in 39 years.

New Zealand's wing Rieko Ioane, named World Rugby's Breakthrough Player of the Year in 2017, has made the shortlist after becoming the top scorer in test rugby in 2018, and he is joined by hooker Malcolm Marx of South Africa, who rounds off the nominees.

South Africa's Aphiwe Dyantyi, Ireland's Jordan Larmour and New Zealand's Karl Tu'inukuafe will be hoping to succeed Ioane as Breakthrough Player of the Year and win the 2018 edition.

Barrett will set another record if he wins the Try of the Year award, which he has been nominated for alongside Scotland's Sean Maitland, New Zealand's Brodie Retallik and Ireland's CJ Stander.

He will become the first player to win the award twice if successful, having previously won in 2013.

Five players are up for the World Rugby Women's Player of the Year award, including French captain Gaëlle Hermet, who led her country to a Six Nations Grand Slam victory this year, and three of her compatriots, Pauline Bourdon, Safi N'Diaye and Jessy Tremouliere, all vital parts of that team.

New Zealand's Fiao'o Faamausili, the only non-French player to make the shortlist, came out of retirement this year to captain her side to back-to-back victories against Australia.

Three players are up for the World Rugby Men's Sevens Player of the Year award, with the 2017 recipient of the award, American Perry Baker, nominated again.

He is joined by Ben O'Donnell of Australia, who helped his team win their first title in six years at the Sydney Sevens final, and Fiji's Jerry Tuwai.

Other awards to be given out on the night include Team of the Year, Coach of the Year, the Referee Award and the Spirit of Rugby award.