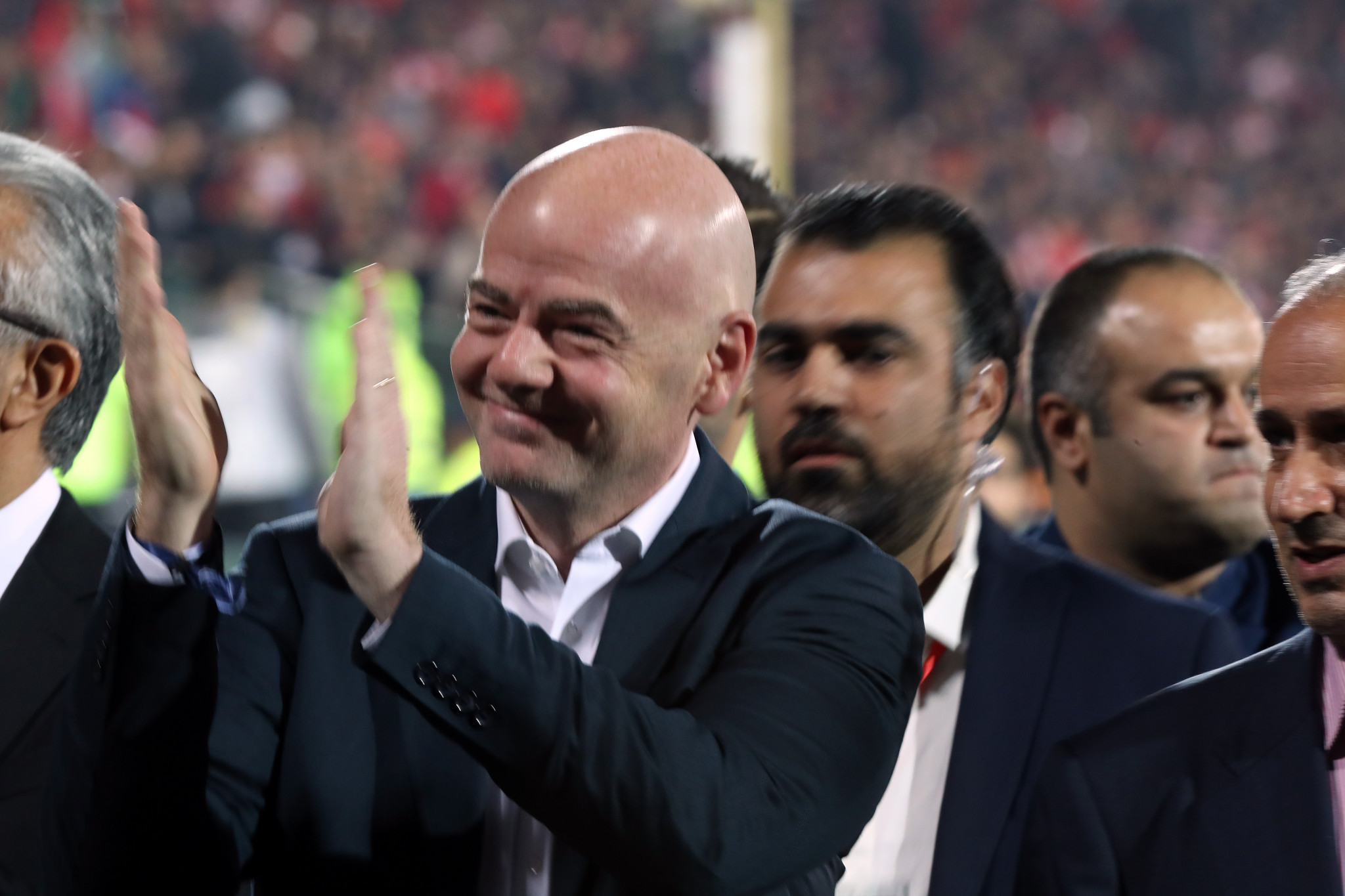 The Oceania Football Confederation (OFC) has formally declared its backing for Gianni Infantino to be re-elected FIFA President next year but Swiss' predecessor Sepp Blatter claimed the Ethics Committee should open an investigation into his conduct.

Blatter told Agence France-Presse (AFP) that meetings Infantino held with Switzerland's Attorney General Michael Lauber should be looked in to.

The Football Leaks group, which has released a raft of information officials - much of it damaging to Infantino - alleged the FIFA President offered favours to a senior Swiss prosecutor, Rinaldo Arnold, in an attempt to build a relationship with Lauber.

It has been claimed that Infantino was keen to curry favour with Arnold so he could access information related to the ongoing criminal investigation into FIFA officials.

Football Leaks allege these meetings were held in the summer of 2016, shortly after Infantino replaced Blatter as FIFA President.

According to AFP, Lauber said the meetings were "normal and regular, especially in complex cases" and that his office was disclosing them to be transparent.

They are also being analysed by the AS-MPC, which oversees Lauber's office.

Blatter, who presided over a 17-year tenure as FIFA President plagued by corruption, has urged the Ethics Committee to launch an investigation into Infantino.

"The FIFA Ethics Committee must do something, an open investigation into Mr. Infantino," he told AFP.

"Where is the transparency preached by Mr Infantino during his election?

"He should report himself to the Ethics Committee to show that he is transparent.

"Infantino met Mr Lauber several times, whereas I have been questioned by him just once since a procedure against me was opened in September 2015."

The Ethics Committee investigating Infantino is unlikely given the body's reluctance to do so when the FIFA head had previously been accused of wrongdoing.

The comments from Blatter came as the OFC, made up of 11 members, confirmed they supported Infantino's bid for re-election.

The vote is scheduled to take place at the FIFA Congress in Paris on June 5, with the deadline for candidates to declare their intention to stand coming on February 5.

A challenger to Infantino has not yet emerged and it is likely the 48-year-old, who is completing Blatter's term after he resigned in disgrace in 2015, will stand unopposed.