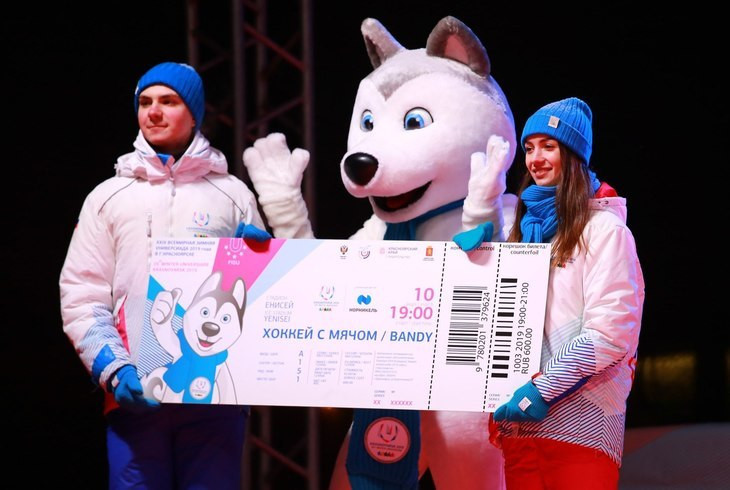 The main batch of tickets for the 2019 Winter Universiade in Krasnoyarsk hav gone on sale, with 132,000 now available to buy.

The first batch of tickets went on sale earlier this year on March 2 to mark a year's countdown to the event in the Russian city.

More than 40,000 tickets have already been sold, but this second batch will give fans even more chances to watch a variety of sports.

Bandy will be making its debut at the Winter Universiade with six men's teams and four women’s teams set to contest the title.

Tickets for qualifying will be cheaper than those for finals and medal events, with fans able to buy theirs online, over the phone or from ticket provider stores.

Tickets for the Opening Ceremony of the Games will go on sale later in the year.

The Russian city will host the Winter Universiade between March 2 and 12 next year.