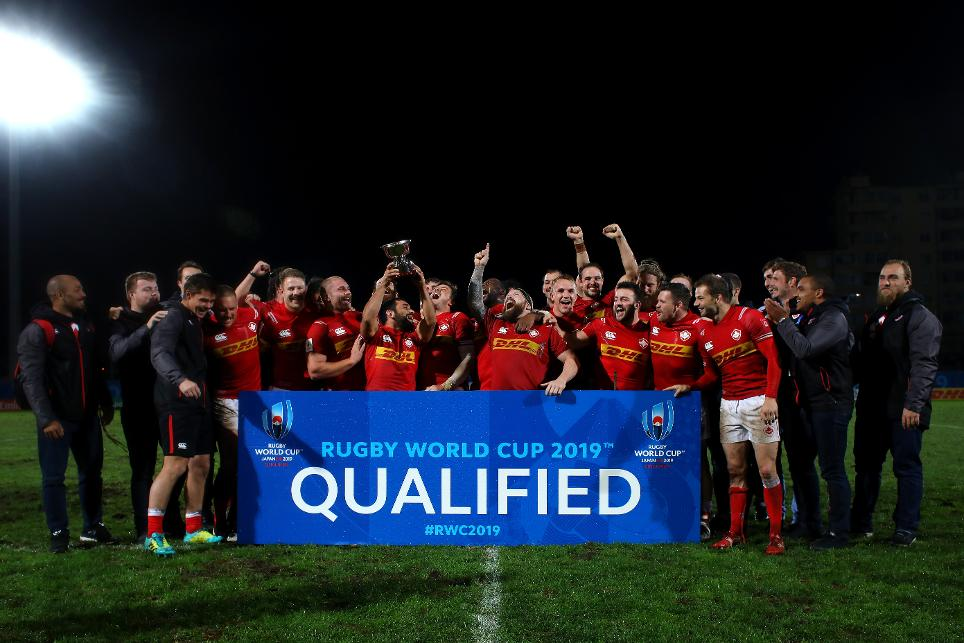 Canada claimed the final spot at the 2019 Rugby World Cup in Japan after winning the repechage tournament in Marseille.

The tournament offered a final chance for teams who had narrowly missed out on Continental qualification for next year’s World Cup.

Canada were hoping to book their eighth appearance at the tournament, while Germany, Hong Kong and Kenya were seeking to make their debut in Japan.

The Canadian team boosted their chances by beating Kenya 65-19 on the opening day of the round robin event earlier this month at the Pierre-Delort Stadium in Marseille.

Germany earned a 26-9 win over Hong Kong in their first fixture in the French city.

It set up a key match between Canada and Germany last week, with the North Americans emerging as 29-10 winners to move to the brink of qualification.

They proved unable to repeat the feat today, with Canada sealing progression to the Rugby World Cup with a 27-10 win.

Canada finished top of the round robin table with a 100 per cent record, with Germany ending second after overcoming Kenya 43-6.

Canada's Men's Rugby Team has officially qualified for the 2019 @rugbyworldcup in Japan next year after sweeping the repechage with wins over Kenya, Germany & Hong Kong in Marseille, France! @WorldRugby @TSN_Sports #RugbyCA #RC15s 🍁🏉 pic.twitter.com/qO2AyiOkUw

"Congratulations to Canada on their qualification and we look forward to seeing them at Rugby World Cup 2019 in Japan,” said World Rugby chairman Bill Beaumont.

"This repechage tournament was a fitting climax to a truly global qualification process that featured 71 teams and it served-up some superb rugby."

Canada will take up the final place in the 20 team World Cup and face the daunting task of facing defending champions New Zealand in Pool B.

Canada’s first fixture is due to be against Italy in Fukuoka on September 26.

The World Cup is scheduled to begin on September 20 at the Tokyo Stadium when hosts Japan face the challenge of Russia in Pool A.

Japan will also take on Ireland, Scotland and Samoa in the pool phase.

The tournament is set to conclude with the final on November 2 in Yokohama.