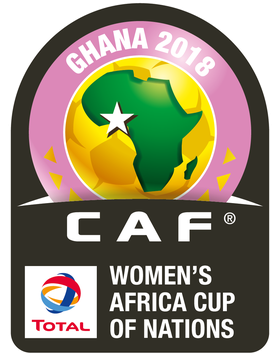 Cameroon and Mali have progressed to the Women’s Africa Cup of Nations semi-finals following the last round of Group A games in Ghana.

The Cameroonians drew 1-1 with hosts Ghana at the Accra Sports Stadium to secure first place.

Having beaten Ghana on Tuesday (November 20) to move level on three points, Mali just had to match the home nation’s result today to ensure qualification.

They went one better with a last-gasp 3-2 win against Algeria at the Cape Coast Sports Stadium.

Portia Boakye had given Ghana a 1-0 lead against Cameroon just after the half-hour mark, but it was cancelled out by Christine Manie’s successfully-converted penalty 10 minutes later.

Mali twice came from behind to draw level with Algeria before Fatoumata Diarra scored from the penalty spot in the fourth-minute of stoppage time to make it a brace for her and earn her team all three points.

Diarra’s first goal had earlier cancelled out Lydia Belkacemi’s opener, only for Imene Merrouche to restore Algeria’s advantage from the spot.

Aissatou Diadhiou then made it 2-2 with seven minutes of normal time remaining - meaning Ghana needed to score again in their game to avoid elimination - before Diarra scored the winner.

Group B is due to conclude tomorrow when Equatorial Guinea face Nigeria and South Africa go up against Zambia.

South Africa are currently top of the standings with six points, while holders Nigeria and Zambia are second and third respectively with three each.

Equatorial Guinea are bottom of the table having lost their opening two matches.

The Group B runners-up will meet Cameroon in the semi-finals, while the winners will go up against Mali.

Both semi-finals are scheduled for November 27.