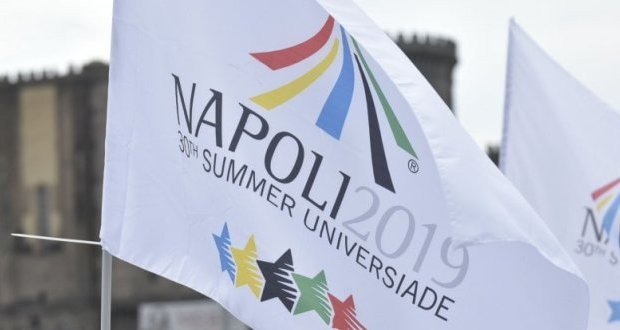 Organisers of the 2019 summer Universiade in Naples are due to meet in Santa Lucia in Italy today to discuss preparations for the Games.

The Commissioner of the Universiade, Gianluca Basile, has told Italian news agency ANSA they are "cautiously optimistic" about how things are progressing.

"Of course, the challenge remains complicated, but we are rushing and we have made up for a great deal of lost time" he said.

Next year’s event was originally awarded to Brazil’s capital Brasília before the city pulled out in 2014.

Naples was eventually named as the official new host in May 2016 and is scheduled to stage the Universiade from July 3 until July 14.

So far, out of 56 contracts for improvement work on sports facilities, 51 have reportedly been awarded , while various Memorandum’s of Understanding have been signed with groups including the city’s port authority, the Campania Region Agency for the Right to University Study and the Fisciano Town Council.

Last week two agreements were signed with Salermo University allowing for use of the university’s student residences and dining hall during the Games, while accords have been drawn up with 16 of the relevant national sports federations.

Today’s meeting is due to be attended by the Campania regional President Vincenzo De Luca, anti-corruption authority chief Raffaele Cantone and representatives from the Italian University Sports Centre, as well as Naples 2019 Commissioner Basile and others.

"We are running and a big challenge remains," Basile said.

"There is not just San Paolo [where the Opening and Closing Ceremonies will take place].

"All the services are yet to be organised, 10,000 athletes will come to whom we will have to ensure that everything is in place for them to compete as best as possible.

"This is why I say that the challenge is still complicated."