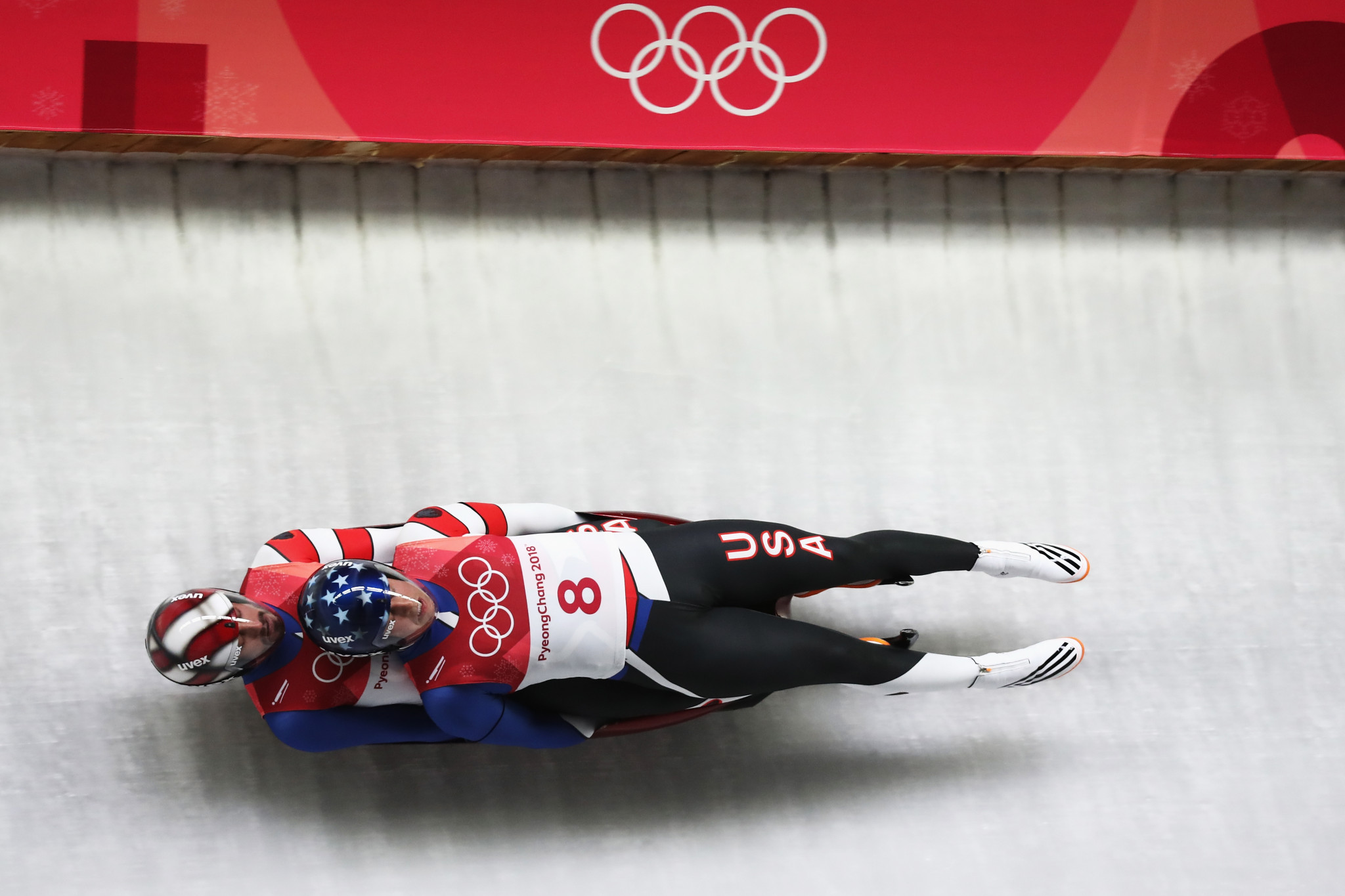 USA Luge will begin the new season this weekend at the International Luge Federation (FIL) Luge World Cup opener in Innsbruck with a new look team after seven retirements.

Chris Mazdzer and Jayson Terdiman have since reunited to form a doubles team, having competed at junior level in 2007 and 2008.

They have been training since October and USA Luge will now be able to participate in the team relay, the first of which is due to be held on the second week of the season in Whistler.

Mazdzer, winner of America's first singles Olympic medal at Pyeongchang 2018 when he finished second in the singles, will continue to compete on his own.

"It is a little bit of a juggling act," he admitted.

"It’s definitely different trying to split up the runs inside the [training] sessions.

"But overall, I’m feeling pretty good...I’m thinking this whole going back and forth [between singles and doubles] is completely possible.

"The challenge is really going to be on tracks where I’ve never done doubles, the new challenge is getting my doubles up to par."

Mazdzer is set to compete alongside Tucker West and Jonny Gustafson in the men's singles.

In the women's competition, Summer Britcher, Emily Sweeney and Raychel Germaine remain in the team, with Brittney Arndt brought up from the junior ranks to replace Olympic bronze medalist Erin Hamlin, who was among the recent retirees.

The World Cup opener is scheduled place in Innsbruck in Austria, host of the 1964 and 1976 Olympic Winter Games.

American broadcaster NBC Sports have announced they will have over 40 hours of coverage of the 2018-2019 FIL Luge World Cup season on its NBSCN and Olympic Channel platforms.

This is part of a five year media rights agreement struck between NBC Sports Group, USA Luge and the FIL in 2017.