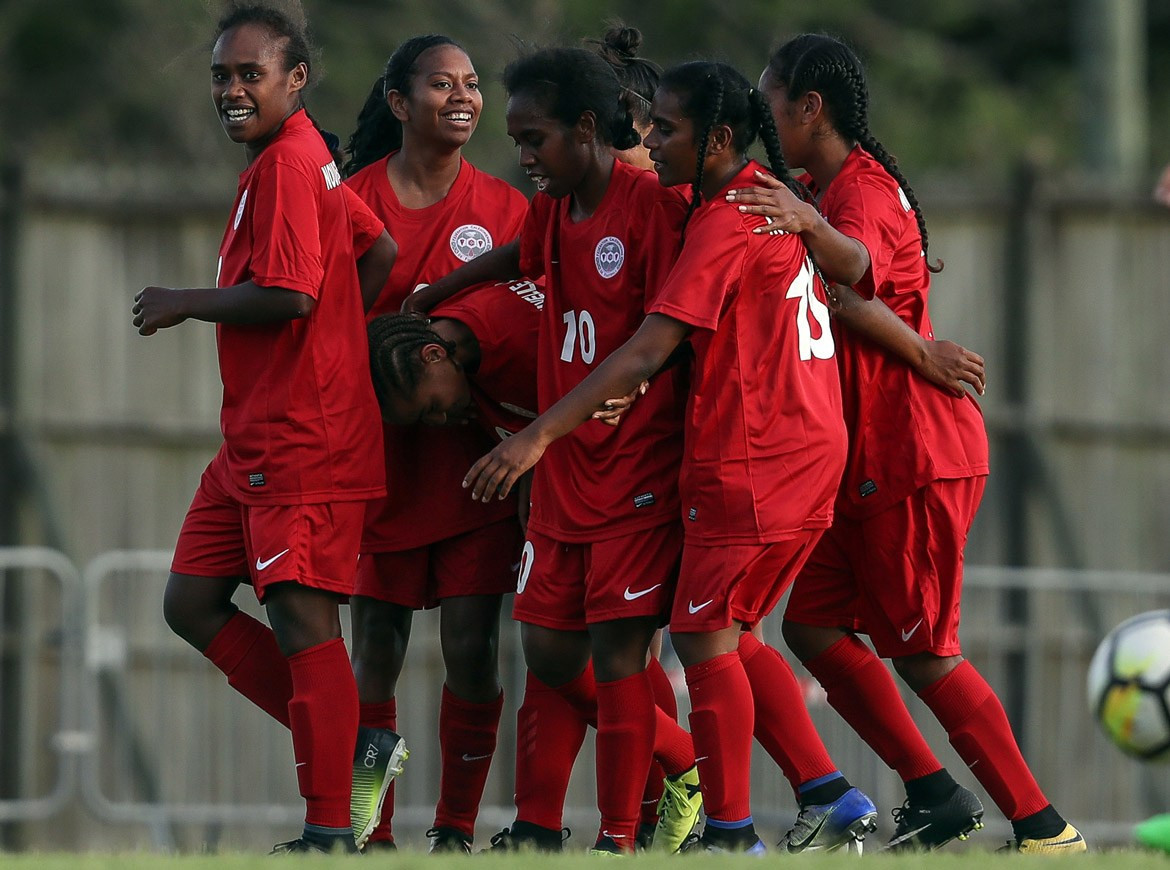 Papua New Guinea beat Samoa 5-0 in the first game of the OFC Women's Nations Cup, with Meagen Gunemba scoring the competition's opening goal before getting two more for a hat-trick.

"As a coach I'm very pleased with the players because we scored five goals but there's so many things we need to correct to be a perfect football team," said Peter Gunemba, Papua New Guinea coach and father of the hat-trick hero.

"At the same time I was very pleased with Meagen.

"I expected her to score goals, but three is enough for her.

"Then we can look forward to if she can score in the next two games."

The second Group A match was also full of goals, with hosts New Caledonia defeating Tahiti 4-2 at the Stade Yoshida.

In Group B of the Africa Cup of Nations, South Africa beat Nigeria 1-0 with Thembi Kgatlana getting the solitary goal.

The second game saw Zambia win 5-0 against Equatorial Guinea, who had initially been removed from the tournament for allegedly fielding an ineligible player in qualifying before being reinstated.

The competition resumes on Tuesday (November 20) with Ghana against Mali and Cameroon against Algeria.