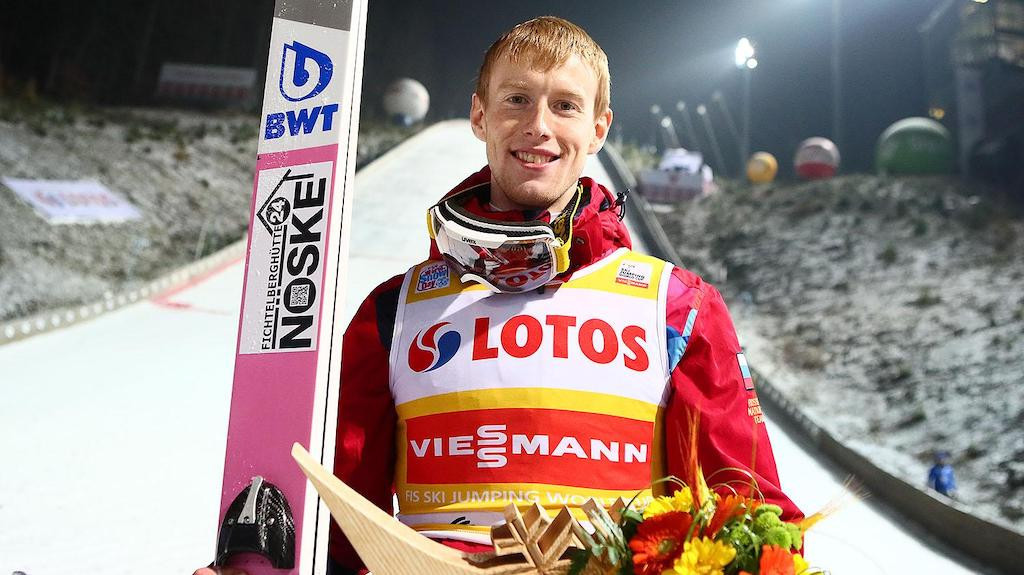 After two jumps in Wisla the 24-year-old finished top of the pile with a score of 263.4, having managed 127.5 metres with his first attempt and 131.5m with his second.

Klimov finished last season's World Cup season in 65th place overall, but his win today was arguably not a surprise as he also topped qualifying on Friday (November 16).

The 31-year-old triple Olympic champion, who has 31 individual World Cup wins on his CV to date, finished with a score of 255.3, having jumped 126.5m with his first attempt and 127m with his second.

While that overall result may come as a disappointment for Polish fans wanting to see another home win, it marked an improvement on his 48th-place finish in qualifying.

This weekend's competition was the first of 33 on the men's World Cup calendar for this season, which will take place across 18 different venues.

Two events will now be held in Ruka in Finland on November 24 and 25.