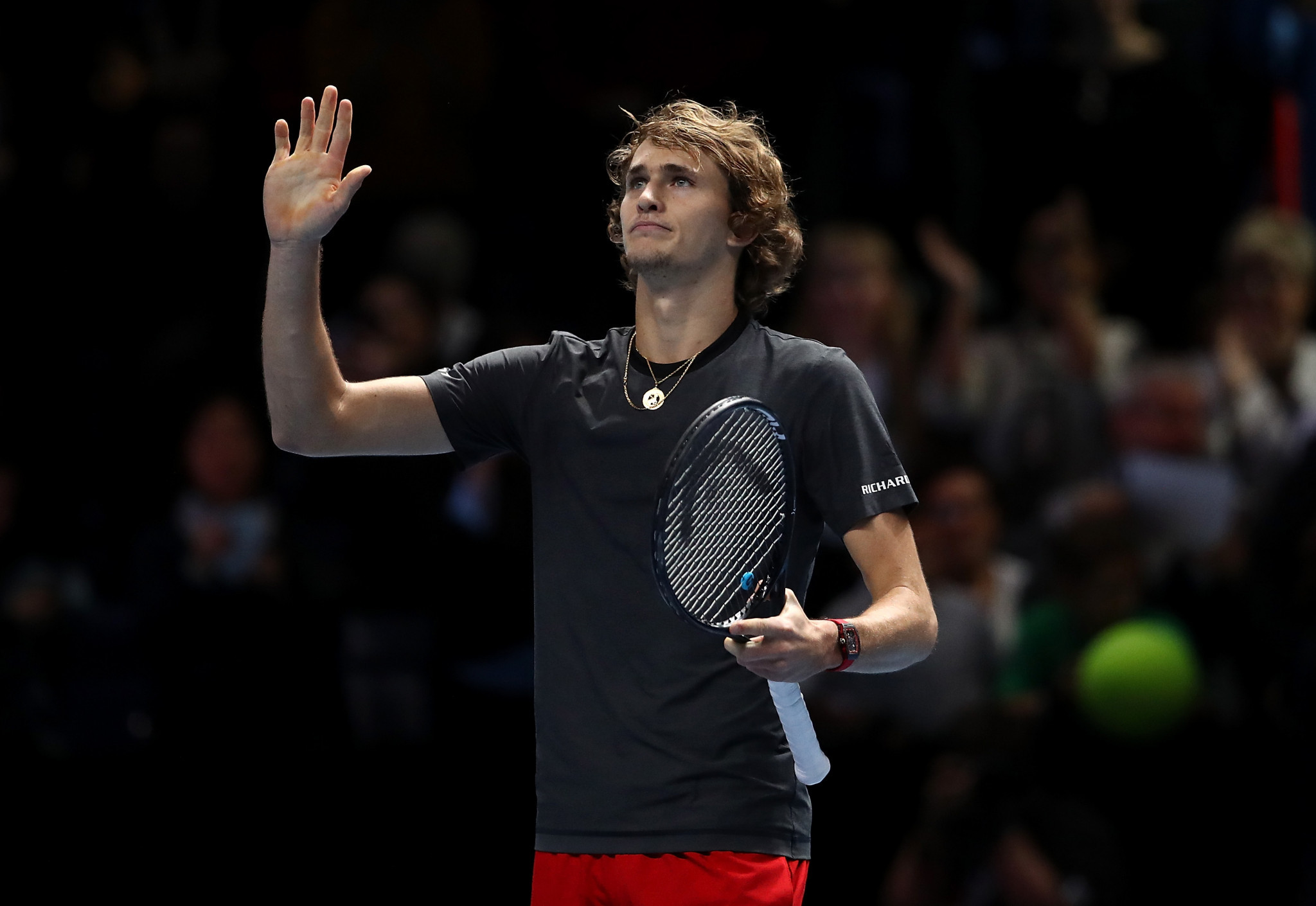 Germany's Alexander Zverev overcame Roger Federer to reach the final of the Association of Tennis Professionals Finals in London.

Zverev was playing in the semi-finals of the season-ending event for the first time, whereas Switzerland's Federer was competing in the last four for the 15th time in 16 appearances.

Little separated the duo in the opening service games at London's O2 Arena, with both players holding impressively.

Federer, who has won the tournament on six occasions, erred in the closing stages of the opener to give Zverev three sets points at 6-5.

The 21-year-old seized the opportunity to take the first set and move closer to a maiden appearance in the final.

Federer and Zverev traded a break of serve apiece in the second set, which eventually ended with a tie-break.

There was brief confusion in the tie-break when Zverev halted a point after a ballboy dropped a ball during play.

Despite a section of the crowd’s disquiet, the point was replayed in accordance to the rules.

Zverev would ultimately emerge as the winner of the tie-break to secure a 7-5, 7-6 win and earn his place in the final.

Astonishingly disappointing reaction from the crowd.

Huge credit to Sascha Zverev for reaching his first final here at the #NittoATPFinals.

And well done @Annabel_Croft on handling the situation with aplomb.

The German was bemused when he was booed by members of the crowd during his post match interview as a result of the ballboy incident, although other portions of the crowd then responded by cheering the finalist.

ATP Finals tournament director Adam Hogg criticised the section of the crowd who booed, labelling the reaction as "astonishingly disappointing".

Zverev, who halted Federer's attempts to win a 100th career title at this year's finals, will play world number one Novak Djokovic in tomorrow's final.

The Serbian continued his stunning form by cruising past South Africa’s Kevin Anderson.

He will hope to repeat his group stage win over Zverev in the final.