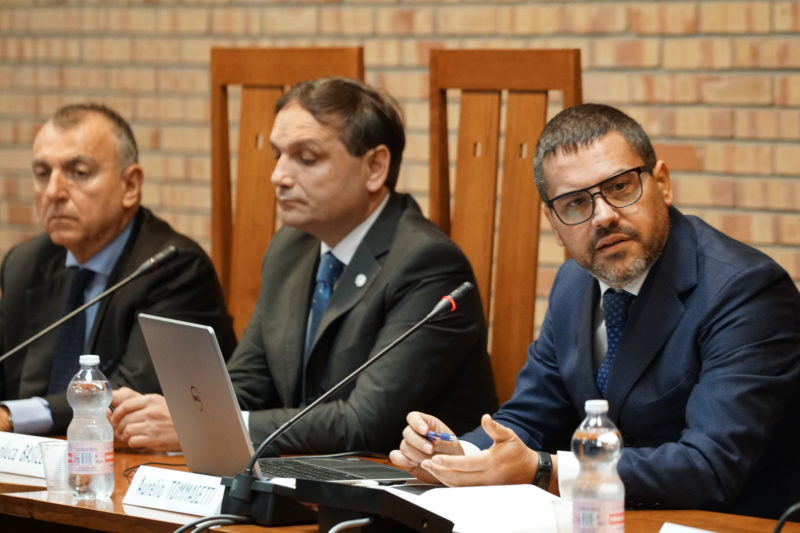 Naples 2019's extraordinary commissioner Gianluca Basile has signed two agreements with Salerno University regarding the use of their residential facilities during next year's Summer Universiade.

At a meeting last week, which was also attended by the President of the Italian University Sports Federation (CUSI) Lorenzo Lentini and the Universiade commission manager Annapaola Voto, a deal was signed to allow the use of the university's student residences and dining hall during the Games.

Another attendee at the meeting, Domenico Apicella, the President of the Campania Region Agency for the Right to University Study, said the deal allows for an "actual Olympic Village".

"We will make 1,600 lodgings available and our dining hall, without taking anything away from the students and we will make different menus divided by type and nationality, as requested by FISU [the International University Sport Federation]," he said.

A "student relocation plan" will see 304 students moved out of their normal accommodation to make way for athletes.

They will be temporarily housed in two four-star hotels in Avellino from June 1 to July 31 next year, with a free transport service provided by the Regional Agency for the Universiade.

Cruise ships and temporary housing will also be used as accommodation.

The second agreement concerned plans to upgrade the field at the UNISA Pasquale Vittoria Stadium, which will be used for football training during the Universiade.

In all, improvement works are set to take place at 63 sporting venues in Campania.