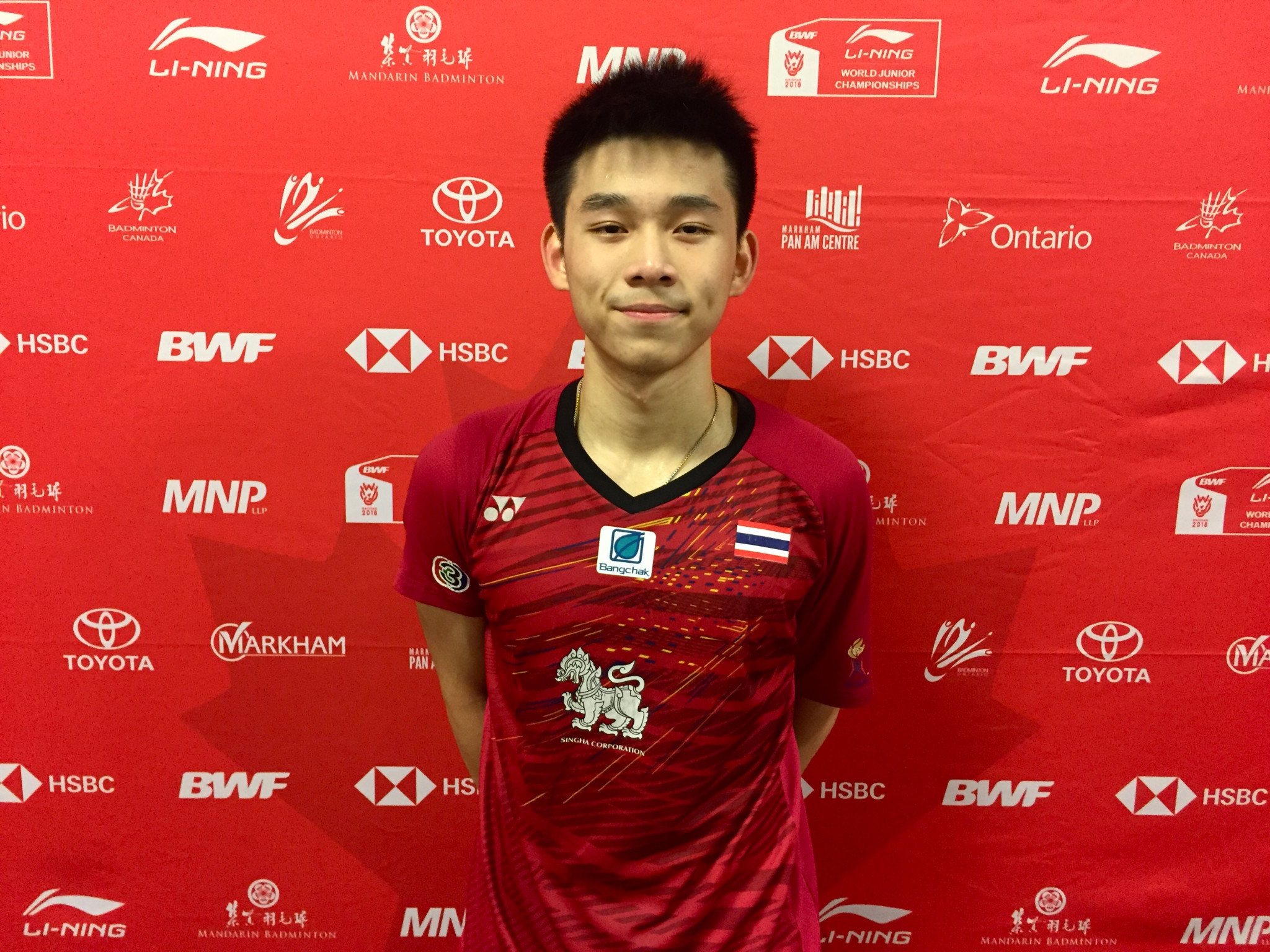 Thailand's top seed Kunlavut Vittidsam has moved into the quarter-finals of the men's singles draw at the Badminton World Federation World Junior Championships in Markham in Canada after beating Harry Huang from England today in round four.

He will now play Indonesia's 12th seed Alberto Alvin Yulianto in the last eight at the Pan Am Centre.

Against Huang, Vittidsam's play was simply too powerful for the English youngster who had no match for it in the first game.

Huang did manage to take an early lead in the second at 4-1, but a fightback from Vittidsam then seemed to exhaust the Englishman, who went on to win just a further three points in the match.

On the other side of the draw the second seed from Indonesia Ikhsan Leonardo Rumbay crashed out with a straight games loss to Malaysia's unseeded hope Tze Yong Ng.

The Malaysian will now face Japan's Kodai Naraoka in the quarters, who beat China's Weiji Zhang 22-20, 21-16.

In the women's draw the top seed Zhiyi Wang remains in the competition after a win over Japan's Riko Gunji in round four, 22-20, 21-17.

She will now face her compatriot Meng Zhou, the number five seed, in the last eight.

Just like in the men's draw, the second seed is out.

Thailand's Phittayaporn Chaiwan lost to the 13th seed from Denmark Line Christophersen, 21-19, 21-18 in her round four match.

The quarter-finals will all take place tomorrow.