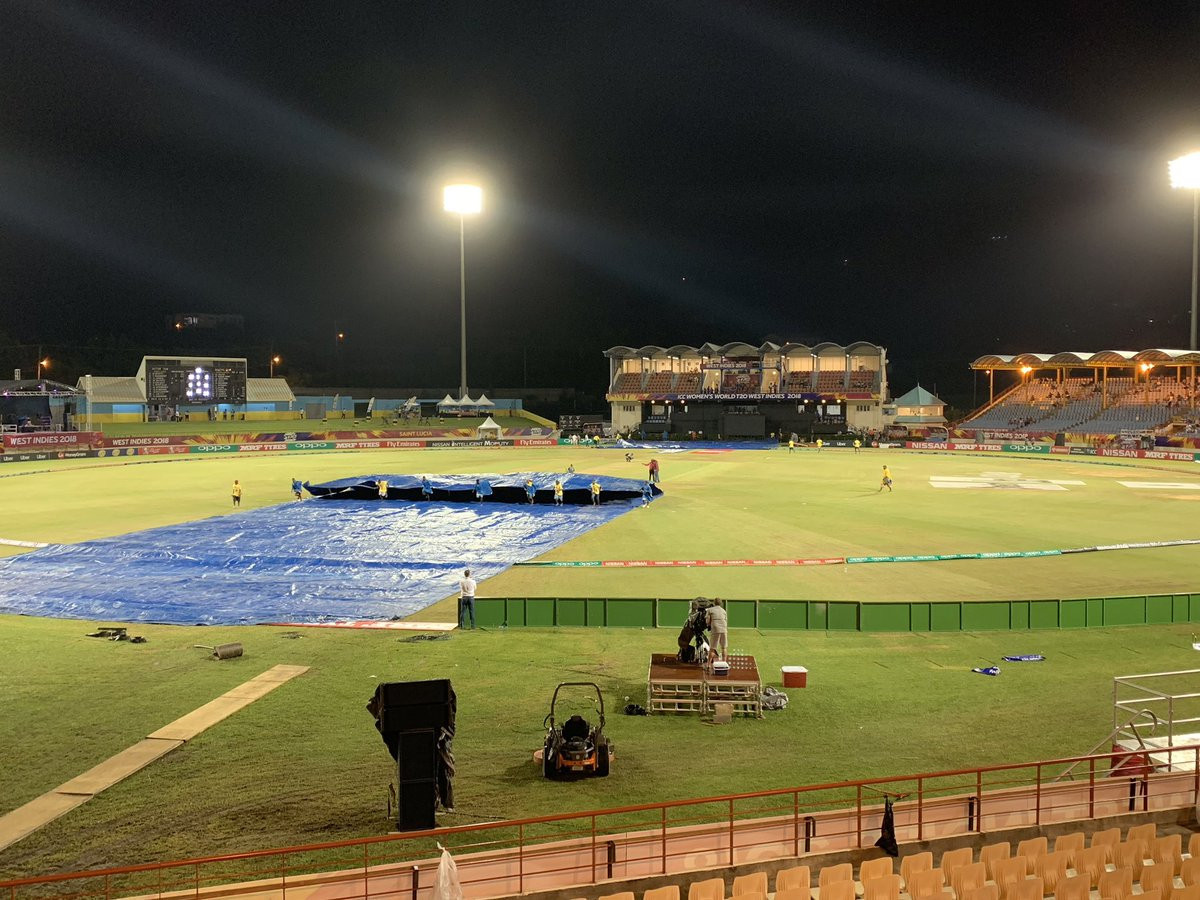 Kirstie Gordon and Linsey Smith made impressive starts to their England careers as they took four wickets between them in England's seven wicket win over Bangladesh at the International Cricket Council Women's World T20.

After their first game was a wash-out, England were again plagued by wet weather in the West Indies as they headed to the Darren Sammy National Cricket Stadium in Saint Lucia.

Bangladesh batted first and were restricted to a score of 76-9 as England's Anya Shrubsole took the first wicket.

Formerly of Scotland, Gordon switched to England before the tournament and produced a Player of the Match debut performance.

"It's been a bit of a whirlwind, to be honest," Gordon said.

"I wanted to play in the [Women's Cricket Super League] in England.

"And to do that I had to give up playing for Scotland for the time being.

A special moment in the young careers of Kirstie Gordon, Linsey Smith and Sophia Dunkley who are presented with their first @englandcricket caps #WT20 #WatchThis #ENGvBAN pic.twitter.com/0ZcbVjkcVJ

"It was a bit of a risk doing that, I didn't really know what I was getting myself into.

"I didn't know what to expect.

"But obviously it's paid dividends.

"I did that not knowing if I'd get into the Loughborough Lightning starting XI.

"So, on the back of that, to be called up to train with England and be selected for England is a dream."

As England took to batting, rain caused a stoppage at nine overs with England on 55-3.

The Duckworth-Lewis-Stern method was then employed to calculate the number of runs England would need to win when play resumed.

With only nine runs needed, England finished on 64-3 for the victory.

In the day's other Group A game, South Africa beat Sri Lanka by seven wickets.

Sri Lanka were held to 99-8 and South Africa made it home as Marizanne Kapp scored 38.

Top of Group A, England now face South Africa on November 16 as Bangladesh take on Sri Lanka next on November 14.