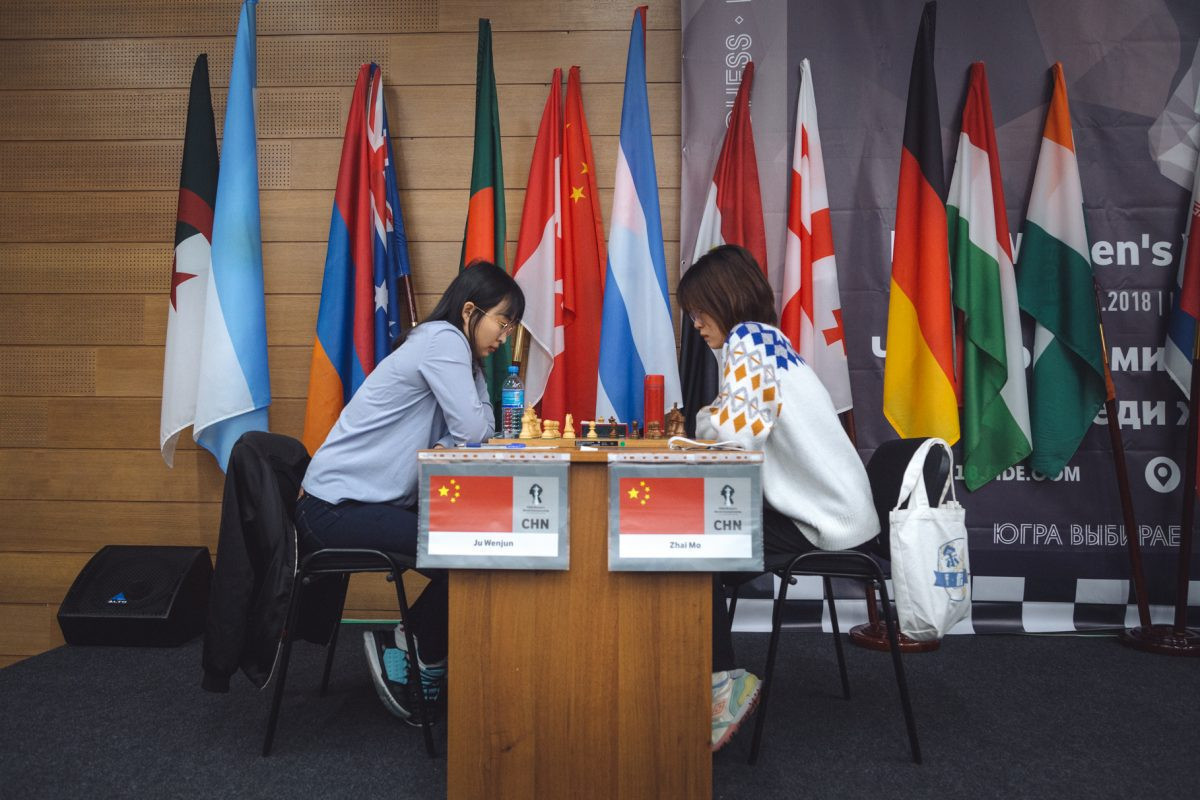 Defending women's world chess champion Ju Wenjun, already through to the quarter-finals of the World Championship underway in the Russian city Khanty-Mansiysk, learned today that she will next face one of the tournament's surprise packages.

The 19-year-old Uzbek player beat 25th ranked Russian Alina Kashlinskaya in the first round before defeating China's eighth-ranked Tan Zhongyi, who lost her world title to Jun in May.

Another former world champion, 26-year-old Mariya Muzychuk of Ukraine - who won the title in 2015 and lost it in 2017 - has had better fortunes in Russia and joined Ju as an early quarter-final qualifier.

The last quarter-final will be between Russia's third seed Kateryna Lagno and China's 22nd-ranked Lei Tingjie.

Elsewhere, the two contestants in the FIDE Men's World Chess Championship in London, defending champion Magnus Carlsen of Norway and challenger Fabiano Caruana of the United States, were having a rest day after drawing their opening two matches.