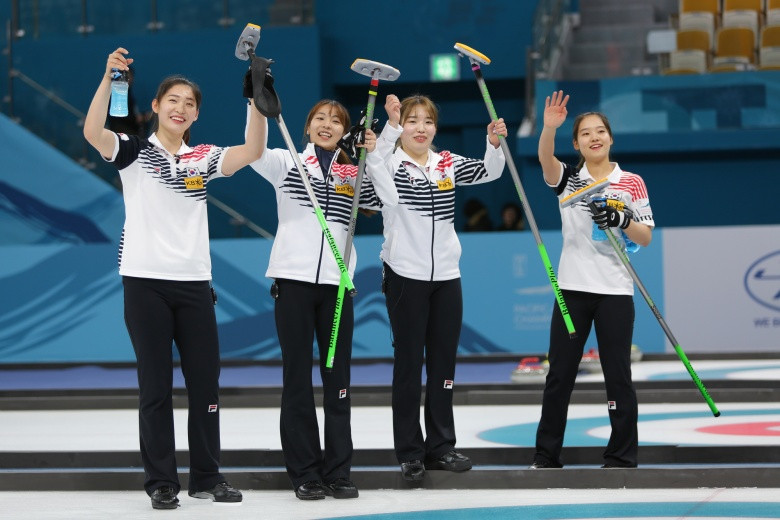 The South Korean women's team came from behind to win gold at their home Pacific-Asia Curling Championships in Gangneung after beating Japan 12-8.

The dramatic game saw the lead exchange hands constantly and a final end steal sealed the victory for the home favourites at the Pyeongchang 2018 Winter Olympic venue.

The Japanese women's team took the first score in the opening round, as skip Satsuki Fujisawa played a take-out.

South Korea were able to respond in the second end with a two point score, to take the lead 2-1.

The teams exchanged the lead until South Korea levelled the scores in the fourth end at 3-3.

Japan stole three points before the break to lead 6-3, before a South Korean response in the sixth and seventh end made the score 7-6.

Despite regaining the lead in the eighth end, Japan could not hold onto it as South Korea scored two points in the ninth end to lead by one point.

The hammer blow came in the tenth and final end as Fujisawa's final stone over-curled and came up short of the house, handing a steal of three points to the South Koreans and the match.

Japan fared better in the men's final as they triumphed in another close match against China.

Japan steal one to take the game 9-7 and win the Gold medal!#curling #PACC2018 pic.twitter.com/gWwq4rwNPH

Like the women's final, Japan and China took brief leads throughout the match, but the scores were tied at 5-5 at halfway.

After the eighth end, the scores were 8-7 to Japan as China failed to score in the ninth.

A single point steal in the final end gave Japan the victory and the gold medal, with the final score 9-7.

"In the last end, we tried to steal.

"Everybody played well today, and I got support from my team.

"We made great shots, and we are happy."

All four finalists have qualified for their respective World Championships next year.