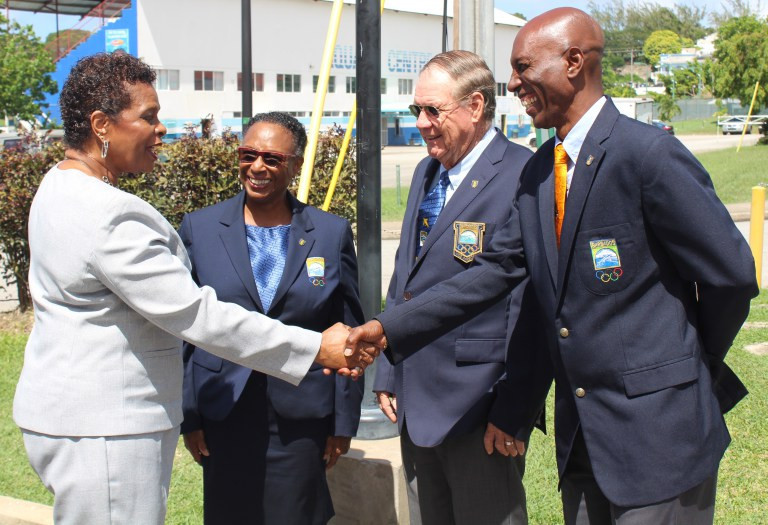 Barbados Governor General Dame Sandra Mason visited the Barbados Olympic Association (BOA) and was given a tour of the National Olympic Museum.

The esteemed guest was welcomed to the headquarters by BOA staff before meeting with directors of the Association privately.

Osborne has served as a director within the BOA since 2012 and was also recognised by the International Tennis Federation earlier this year for services to the sport.

As well as representatives from the BOA, the executive director of the Caribbean Regional Anti-Doping Organisation, Sasha Sutherland, was also present.

Sutherland briefed Dame Sandra on her organisation's initiatives and policies.

The visit culminated in a tour of the BOA's National Olympic Museum where the Governor General was presented with a piece of jewellery.

BOA director Esther Maynard handmade the jewellery in national colours and gave it as a gift of thanks to Dame Sandra.