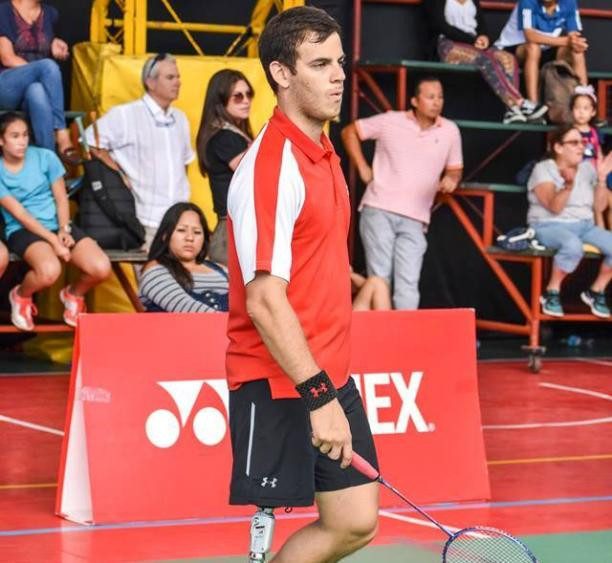 Peru's home favourite Giuliana Poveda has got off to a strong start at the Para Pan Am Badminton Championships, winning her first match in the women's singles SS6 division in comfortable fashion in Group A.

The top seed, who won silver at the 2017 World Championships, beat Jayci Simon from the United States 21-3, 21-8 today at the Villa Deportiva Nacional in Lima.

She hopes to be one of many Peruvians to win a medal at the Championships, which features 125 players competing across 22 different events.

Cancino, also the top seed in her event, beat Chile's Catalina Jimeno by an even more comfortable margin of 21-6, 21-3 in Group A, on what has been the first day of group action.

On the men's side, the man considered the pioneer of Para-badminton in Peru, Pedro Pablo De Vinatea, started his campaign in Group A of the men's SL3 class with a 21-3, 21-1 thrashing of Colombia's Manuel Sanchez.

While Brazil's Vitor Goncalvez is only in his second season as a senior, he is expected to do well in Lima having won the men's SS6 division at his home international in August.

He started his competition today with a 21-4, 21-3 victory over another Chilean, David Patricio Lopez, also in Group A.

Badminton will debut at the Paralympic Games at Tokyo 2020, with Lima also hosting next year's Parapan American Games.