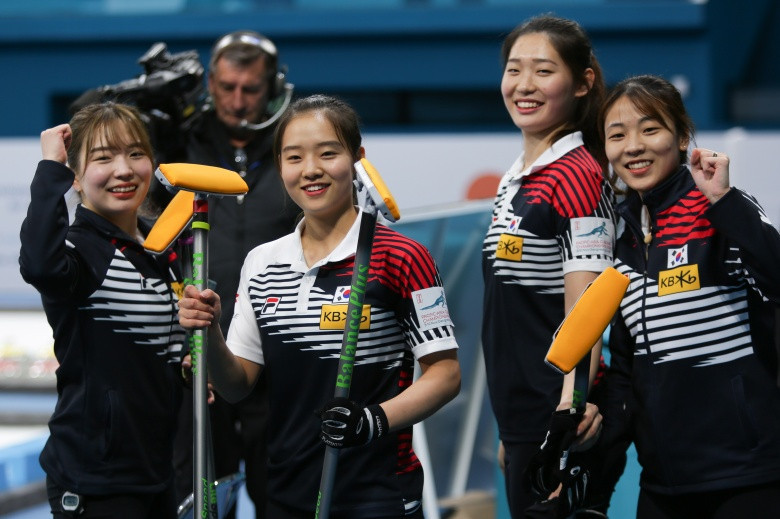 Hosts South Korea booked their spot in the Pacific-Asia Curling Championships women's final after defeating China 7-4 in the last four at the Gangneung Curling Centre.

The venue also played host to the curling events at the Pyeongchang 2018 Winter Olympics.

With their win, the South Korean team have also qualified for the World Women's Curling Championships in Silkeborg, Denmark, in March 2019.

The hosts took a 4-1 lead after the fourth end to take control of the match.

China closed the gap in the seventh and halved South Korea's advantage to 6-3.

The South Korean skip, Minji Kim, held firm in the ninth end with a double take-out with her final stone to score a single point and increase their lead to 7-4.

After a tough game with China, Korea win and advance to the Gold medal game!#curling #PACC2018 pic.twitter.com/ra60fyrovE

"Before this game we tried to talk a lot about the game, that's why we didn't make any mistakes," said Kim.

"This was the semi-final, before the final, so we were under a lot of pressure.

"We tried to relax and relax, that's the key point.

"Actually, this Pacific-Asia Championship is our first time to be here and the world women's will be our first one as well, that's why we were a little bit under pressure.

"We are happy and we have a good reason to be in the world women's."

China will now play in the women's bronze medal match on Saturday (November 10) and have also qualified for the inaugural World Qualification Event hosted in Naseby, New Zealand, in January 2019.