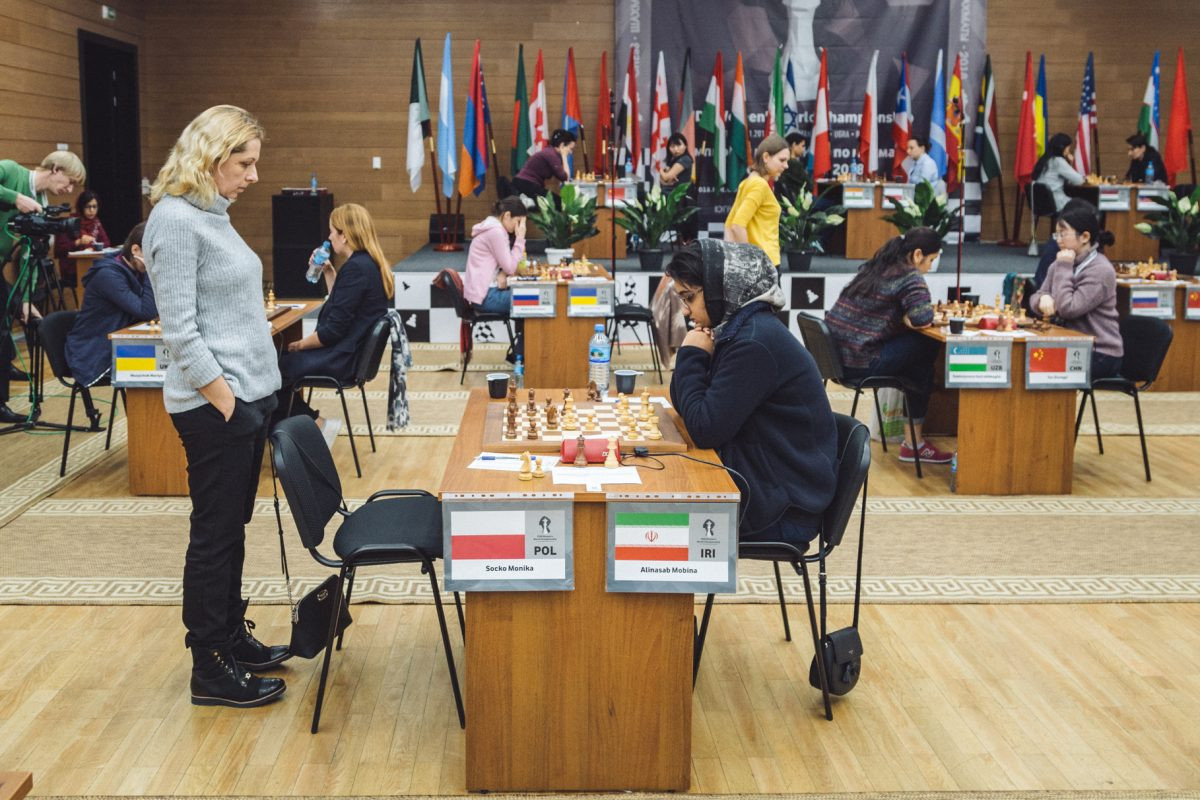 Second round action continued today at the 2018 Women’s Chess World Championships in Khanty-Mansiysk in Russia, with Ukraine’s Anna Muzychuk becoming the first qualifier for round three.

The fourth seed made it through after beating Russia’s Anastasia Bodnanuk.

he surprise of the day came as Poland’s Jolanta Zawadzka beat the "rating favourite" Humpy Koneru from India.

Also making it through were Aleksandra Goryachkina, who beat her Russian compatriot Alisa Galliamova convinclingly, Lei Tingjie from China, who defeated Georgia’s Nana Dzagidze and Iran’s Mobina Alinasab, who saw off Monika Socko from Poland in a surprise result 2-0.

A handfull of matches are set tocontinue tomorrow with a tie-breaker after the scores ended today 1-1.

One such match came between Ekaterina Atalik from Turkey and  Ukraine’s Mariya Muzychuk.

Atalik came close at one stage to sealing a 2-0 win but made a mistake in a tight position and ended up losing.

Natalija Pogonina from China, meanwhile, managed to level the score in her match against China’s Zhu Jiner.