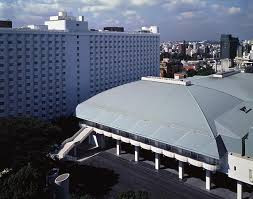 North Korean Sports Minister Kim Il Guk is set to be granted permission to enter Japan to participate in the Association of National Olympic Committees (ANOC) General Assembly in Tokyo later this month, it has been reported.

According to Kyodo News, North Korea has informed the Japanese Government that Kim wants to attend the General Assembly, scheduled to take place in the 2020 Olympic and Paralympic Games host city on November 28 and 29.

The Government are thought to be receptive to the idea despite the two countries never having diplomatic relations.

Reports claim the Government is making arrangements for Kim to travel to Tokyo for the two-day gathering.

Should Kim be allowed to attend, it would mark a rare visit from a senior North Korean official to Japan.

Japan has banned North Korean nationals from entering the country as part of sanctions owing to Pyongyang's development of missiles and nuclear weapons.

A total of 17 Japanese citizens are officially recognised by the country's Government as having been abducted by agents of the North Korean Government during a period of six years from 1977 to 1983.

It has been claimed allowing the Sports Minister to attend the General Assembly, where the 2020 Olympics and Paralympics will be high on the agenda, would contribute to a softening of tension in the region.

North Korean athletes are expected to participate at the Tokyo 2020 Games, while they are also set to join forces with South Korean competitors to form unified teams in as many as six or seven sports.

Around 1,300 officials will be in attendance at the ANOC General Assembly, including International Olympic Committee President Thomas Bach.