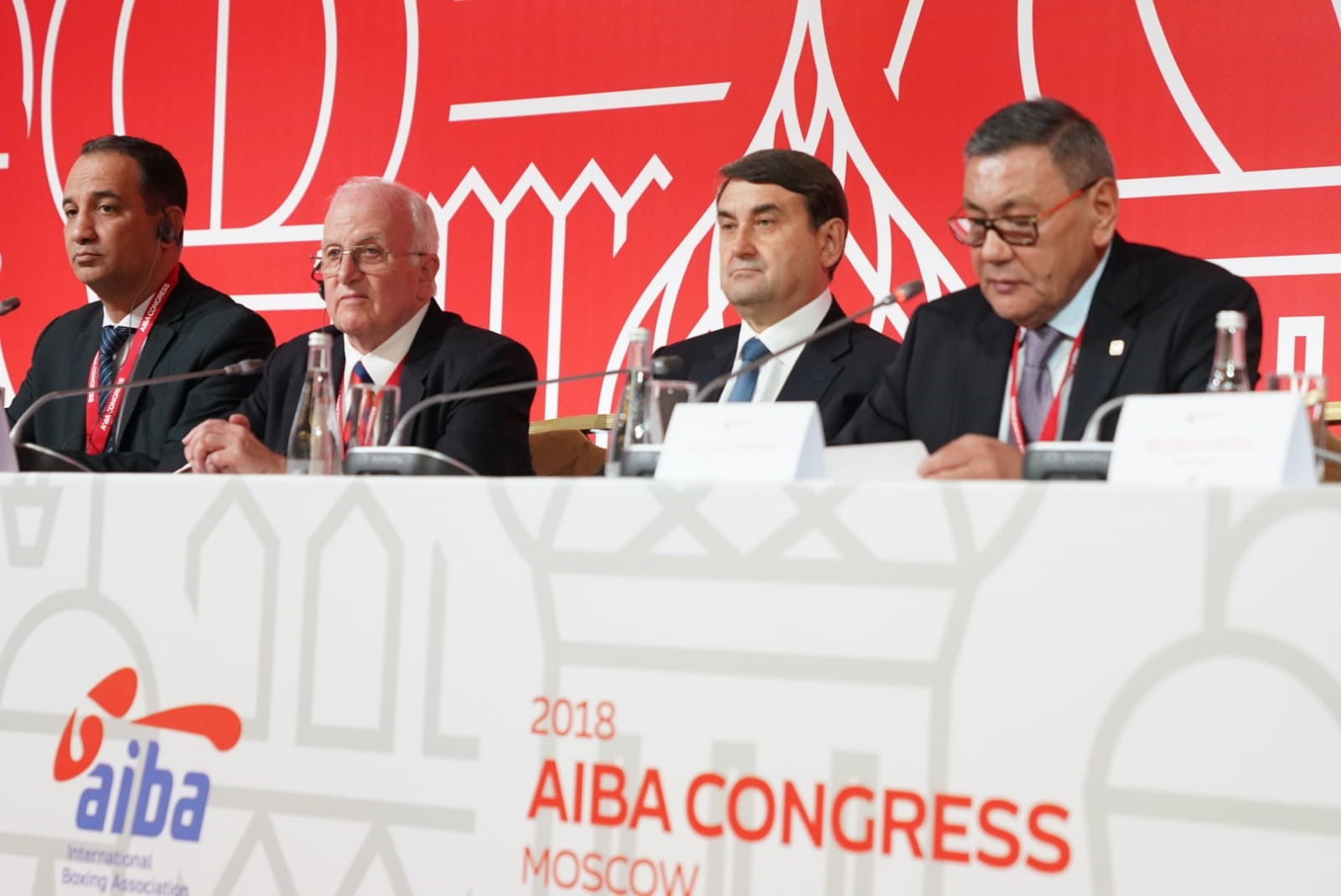 Di Wu, the Chinese businessman whose claims of financial "mismanagement" helped spark the crisis at the International Boxing Association which has led to the controversial appointment of Gafur Rakhimov as its new President, has been invited to join the world governing body's ruling Executive Committee.

He is one of four personal picks by Rakhimov, despite having failed to be elected during the AIBA Congress last Saturday (November 3).

Rakhimov has also chosen Canada's Pat Fiacco and Germany's Jürgen Kyas, even though the Congress had failed to re-elect each of them to the AIBA Executive Committee.

He has also chosen Gabon's Alfred Bongo to join the AIBA Executive Committee after the Congress backed a proposal for him to choose four members of his choice. Gabonese Boxing Federation

He had accused AIBA of "mismanagement" and "greatly infringing on my rights" and which was one of the key reasons behind the campaign that led to then President C K Wu - no relation - being forced to step down last December.

Rakhimov announced last Friday (November 2) that he concluded a deal with Wu that FCIT had agreed to turn the debt into a marketing deal with AIBA.

Kyas has been among Rakhimov's leading supporters, even though the largest group opposed to him were from Europe and the International Olympic Committee (IOC), led by German Thomas Bach, who had warned AIBA that they risked jeopardising boxing's place on the Tokyo 2020 programme if they elected a man allegedly linked to organised crime.

Kyas has been President of the German Boxing Association since 2009 and had been a member of the AIBA Executive Committee since 2010.

"Nowhere is evidence that Rakhimov is involved in criminal business," Kyas said.

Fiacco, the President of Boxing Canada, has been another big supporter of Rakhimov and claimed to have been the first one at the AIBA Executive Committee to raise questions about Wu's financial management.

The Canadian, who officiated in the Olympic Games at Athens 2004 and London 2012, is due to be AIBA's chief technical delegate for Tokyo 2020.

It is widely expected, however, that should boxing remain on the Olympic programme in the Japanese capital then it will not be run by AIBA but by an organisation set-up by the IOC.

Bongo had been elected as President of the Gabonese Boxing Federation in March 2017 but in July this year AIBA had questioned his appointment following complaints.

In September, however, AIBA announced they recognised Bongo as the legitimate head of the sport in Gabon.

AIBA’s Executive Committee has now a total of 27 members, of which 11 new members have been elected at this year’s Congress.

It has also been confirmed that Tom Virgets will continue in his current role as AIBA executive director.

Virgets, former President of USA Boxing, had been appointed by Rakhimov when he took over as Interim President in January.

AIBA claimed they were "acknowledging the excellent work carried out by Mr Virgets and the AIBA headquarters offices over the last 10 months" when confirming the appointment.