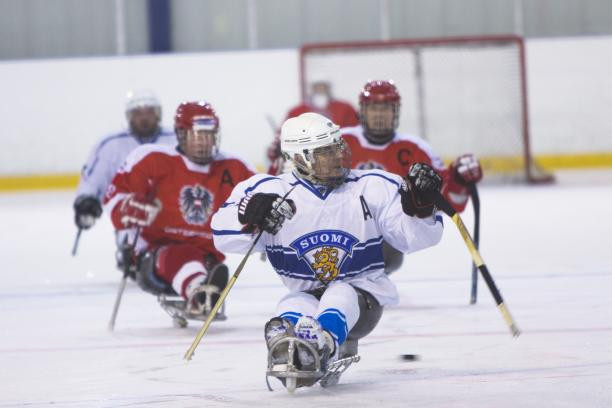 Hosts Finland will be joined by two countries for the 2018 edition of the World Para Ice Hockey Championships C-Pool, which begins tomorrow in Vierumaki.

Australia and China are also taking part with both competing in a major international tournament for the first time.

Three matches will be held in a round-robin format with the side finishing first gaining promotion to the 2019 B-Pool tournament.

That, in turn, means the opportunity of reaching the A-Pool which provides a path to the Beijing 2022 Winter Paralympics.

For China, their international debut in the sport is a key milestone with the country preparing for their home Games in the capital city.

"Our aim is to win promotion to the B-Pool but it is quite hard to figure out how realistic that aim is as we don't really know anything about our opponents," said Finland captain Harri Kangastie.

"We know they are putting resources to Para Ice Hockey in China with the Beijing Winter Paralympics getting closer.

"And I have heard they have started playing quite recently in Australia.

"But I haven't seen any video footage or anything else from those teams, so it's hard to tell."

Finland missed out at the 2016 C-Pool in Novi Sad, Serbia, as they lost to Austria on a penalty shoot-out.

They will open the tournament against Australia tomorrow, before China meet the Australians on Wednesday (November 7).

The Finns will then meet the Chinese the following day to conclude the tournament.

"We have tried to put on a bigger gear recently and I really think we have developed well," added Kangastie.