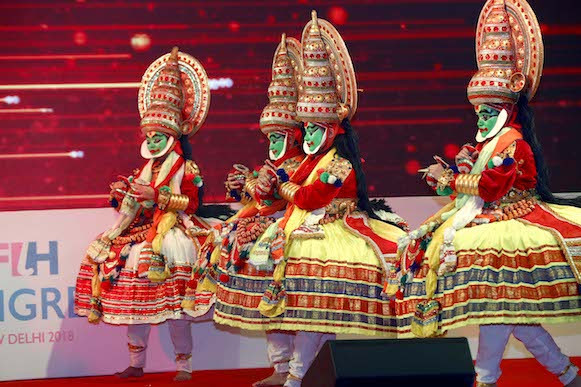 Elections for positions on the International Hockey Federation (FIH) Executive Board are set to headline the organisation's Congress as nine candidates are in contention for four places on the ruling body in New Delhi tomorrow.

The FIH has confirmed there are six candidates in the running for the two positions reserved for women, while three officials are standing for the two spots for men.

They will go up against Canada's Mary Cincinelli, Elizabeth King of Ghana, Australia's Clare Prideaux and Lydia Sanyu of Uganda.

The two current seats occupied by men are also being defended, with Marc Coudron of Belgium and Dutchman Michael Green aiming to secure fresh four-year terms.

Former Pakistan international Shahbaz Ahmad, a Olympic bronze medallist at Barcelona 1992, is the other candidate.

The Athletes’ Committee will be renewed at the Congress at the Lalit Hotel in the Indian city.

Other notable items include a report on the FIH's finances, while Thierry Weil will present his first report since taking over as chief executive in March.

FIH President Narinder Batra, also head of the Indian Olympic Association, will preside over the Congress.

"Over the past years we have worked tirelessly to develop and expand hockey worldwide," he said.

"As we find ourselves almost half way through our 10-year Hockey Revolution strategy, we have a busy week ahead of us and I am looking forward to holding fruitful discussions together and making good decisions as we strive constantly to develop our sport globally and strengthen our governance to make hockey a global game that inspires the next generation."

Bach and Sheikh Ahmad were two of 12 recipients of the FIH President's award.