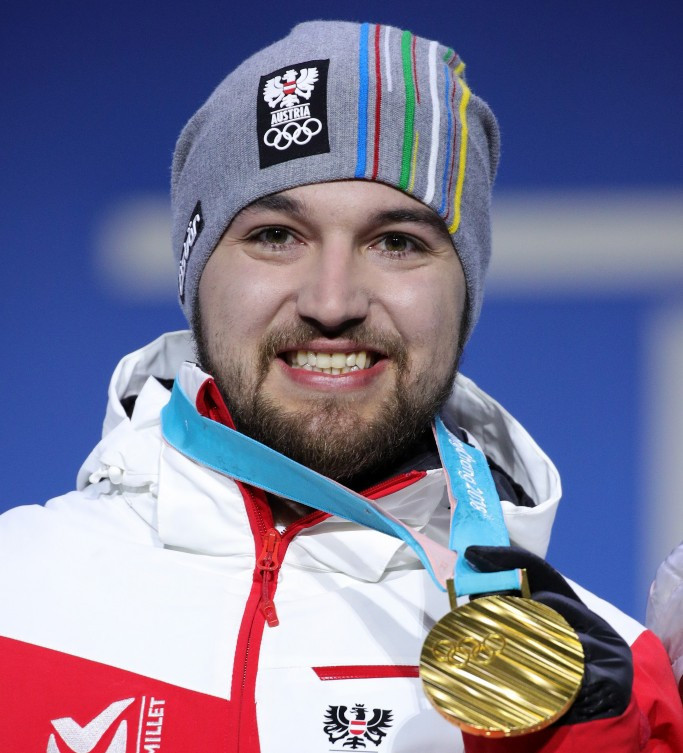 The 24-year-old won a surprise gold in the men's singles event at the 2018 Pyeongchang Winter Olympic Games in February.

He added to this with a bronze medal in the team relay.

Before his victory, Gleirscher had not even won a medal at a Luge World Cup.

He won his Olympic title when German favourite Felix Loch faltered on his final run.

Sports Media of Austria voted on their winner, with the prize handed over during a television show in Vienna.

Marcel Hirscher, a two-time Olympic champion in Alpine skiing, and Anna Gasser, an Olympic snowboard gold medallist, were named as Austria's sportsman and sportswoman of the year respectively.

Football team Red Bull Salzburg were awarded the Team of the Year prize.