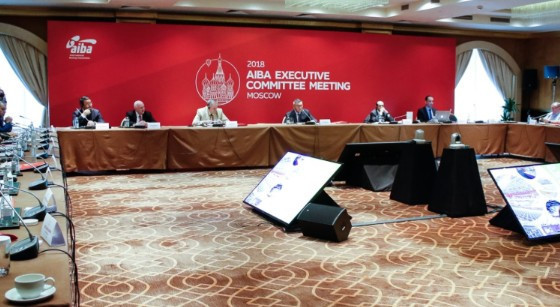 The International Boxing Association (AIBA) has awarded next year's Women's World Championships to Russian city Ulan-Ude, it has been announced here.

It means that Russia will stage both the men's and women's events next year as Sochi had already been chosen to host the men's event.

AIBA claim that the decision by its Executive Committee, currently meeting here, is dependent "under the condition of submitting additional documents" but this is not expected to be a problem.

Ulan-Ude is located in in East Siberia and is the capital of the Republic of Buryatia.

The city is famous for a large statue of the head of Vladimir Lenin in the central square - the largest in the world.

Built in 1970 for the centennial of Lenin's birth, it towers over the main plaza at 7.7 metres and weighs 42 tons.

The Championships, scheduled to be held in October, are set to take place in the city's Sports Complex, which has a capacity of 3,500 spectators.

"I am very glad that Russia today has won the right to host the Women's World Boxing Championship," Umar Kremlev, secretary general of the Boxing Federation of Russia, said.

"I am sure that Buryatia will hold competitions at the highest level."

The event is the second major competition to be awarded to Russia since the suspension of the Russian Anti-Doping Agency (RUSADA) was lifted.

RUSADA had been suspended since November 2015 following allegations of state-sponsored doping but the ban was ended last month by the World Anti-Doping Agency (WADA) providing conditions about access to the laboratory in Moscow are fulfilled by December 31 this year.

AIBA was itself facing the threat of being declared non-compliant by WADA following its decision in July 2017 to give next year's Men's World Championships to Russia, even though International Federations had been warned not to award major events to the country while RUSADA was banned.

The threat was lifted following the decision by the WADA Executive Committee to declare RUSADA compliant again.

AIBA is now facing an even more serious threat after the International Olympic Committee warned that boxing could be removed from the Olympic programme at Tokyo 2020 if it elects Gafur Rakhimov as its permanent President at a Congress due to be held at the Radisson Royal Hotel in the Russian capital tomorrow and Saturday (November 3).

Rakhimov is described as "one of Uzbekistan's leading criminals" but denies wrongdoing.

He is the favourite to beat his only rival, Kazakhstan's Serik Konakbayev, in the election.

This year's AIBA Women’s World Championship is due to take place in New Delhi between November 15 and 25.