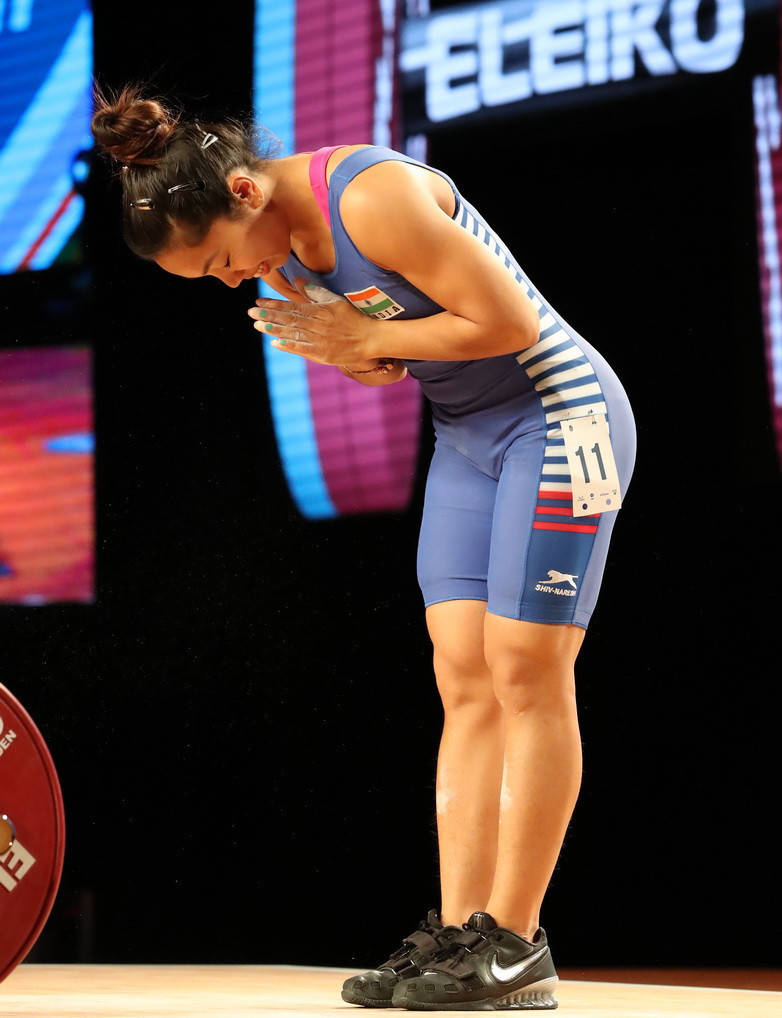 India's Mirabai Chanu has been ruled out of competing at the upcoming International Weightlifting Federation (IWF) World Championships here in Turkmenistan's capital after failing to recover from a lower-back injury.

Chanu, the world and Commonwealth Games 48 kilograms champion, had been withdrawn from competing at the recent Asian Games in Indonesia to give her a chance of making the sport's flagship event.

Her coach Vijay Sharma did not want her to risk participation at the World Championships, which are due to take place from November 1 to 10 and which marks the start of the Olympic qualifying period for Tokyo 2020.

But their efforts have proved unsuccessful.

"Despite missing the World Championship, Mirabai still has plenty of opportunities to make the cut for Tokyo Olympics," Sharma was reported as saying by Firstpost.

"She is focusing on the Asian Championship in April next year for the ranking points."

As per the IWF's new weight classification, Chanu will compete in the 49kg category in all future tournaments with her previous category of 48kg having been scrapped.

"We are happy with her current fitness and she has resumed training in Patiala," Sharma said.

Other prominent absentees from India’s team for Ashgabat 2018 include Commonwealth Games gold medallists Sathish Sivalingam and Ragala Venkat Rahul, both of whom are suffering from injuries, while Sanjita Chanu is serving a doping ban.

"Venkat Rahul, who missed the Asian Games because of an injury, is also back," Sharma added.

"Only Sathish is still not fully fit and yet to join the national camp."

Chanu, 24, has been suffering from her injury since shortly after Gold Coast 2018, where she set a Commonwealth Games record on her way to victory.

In her absence from the World Championships, India’s challenge in women’s competition will be led by Rakhi Halder at 64kg and Jhilli Dalabehera at 49kg.

The country’s representatives in men’s competition are Ajay Singh at 79kg, Achinta Sheuli at 74kg and Gurdeep Singh at over-109kg.