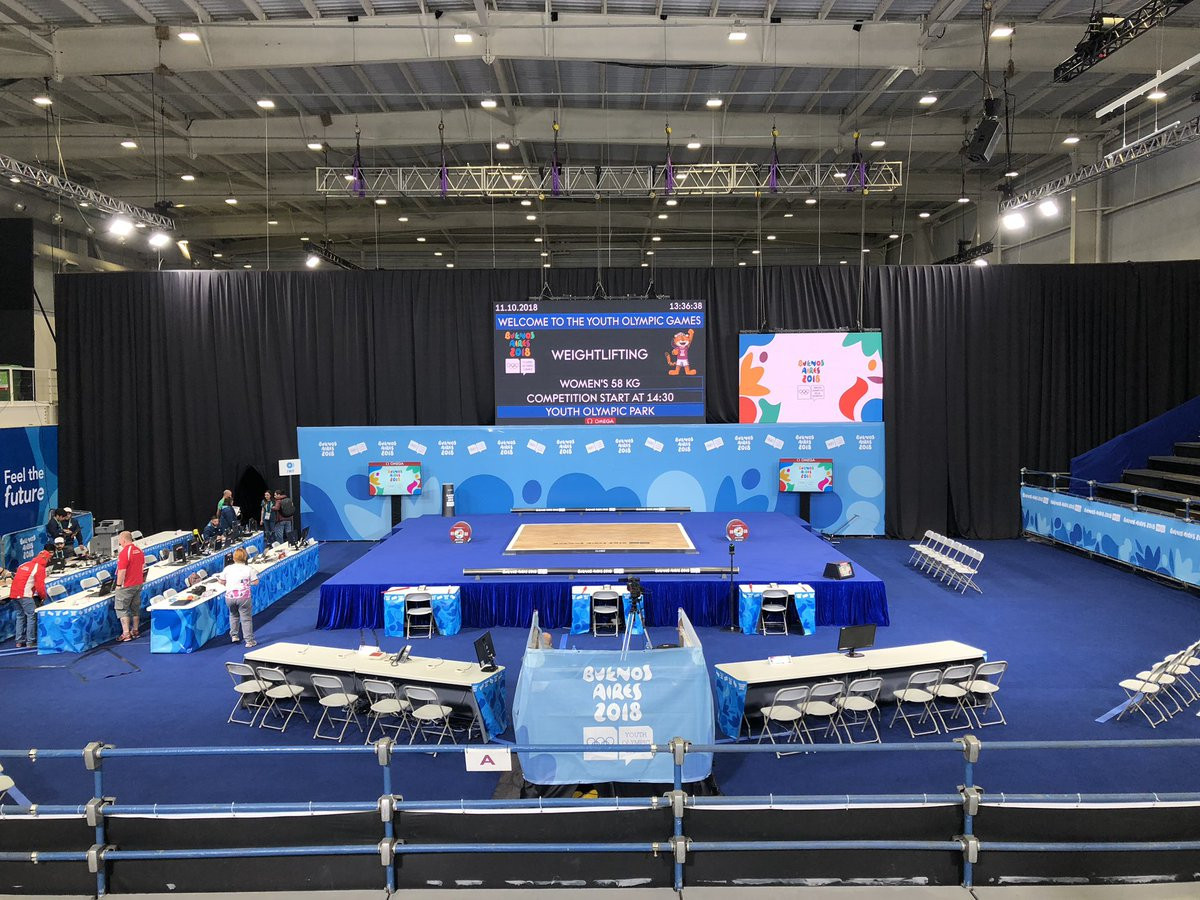 Seven athletes due to compete in weightlifting at the recent Youth Olympic Games in Buenos Aires were unable to do so having failed to log their own whereabouts on the global anti-doping database, insidethegames has been told.

Buenos Aires 2018 was among the topics discussed on the opening day of the International Weightlifting Federation (IWF) Executive Board meeting here today.

Speaking afterwards, IWF director general Attila Adamfi revealed that seven of the eight athletes who did not compete, from the quota of 110, were barred.

The other one was injured.

The IWF has issued frequent warnings to athletes and their National Federations about updating their whereabouts information on the Anti-Doping Administration and Management System (ADAMS), which is operated by the World Anti-Doping Agency (WADA).

Adamfi insisted that a zero tolerance approach is being applied to those who fail to comply.

"It's a painful thing when we are talking about young athletes, but we are not only making tough rules, we are strictly enforcing the rules," he told insidethegames.

"So if they are not eligible, sorry.

"But the reason why I'm disappointed is because it is a rule they should know.

"Every month, we send every member federation a reminder e-mail that in the upcoming period these are the competitions, so if you want to compete in this one, you have to submit your whereabouts.

"On the quota confirmation form for the Youth Olympics, it was highlighted that you have to submit your whereabouts."

Some of the teams that took part in our #iLiftClean Focus Day at @buenosaires2018 Youth Olympic Village. Thanks for coming out! pic.twitter.com/fHOxBbsQy2

More than 70 weightlifters who failed to log their own whereabouts on ADAMS have also been barred from the 2018 IWF World Championships, which are due to begin here in Turkmenistan’s capital on Thursday (November 1).

Despite the IWF’s warnings about updating whereabouts information, which included public statements on its website in June and September and monthly reminders, many athletes failed to comply and cannot compete here.

"On the electronic entry system for these World Championships, the first stage includes a reminder that you have to do this," Adamfi added.

"[We issue reminders] at every single Congress and seminar, everywhere.

"We can't do more and still there are seven athletes at the Youth Olympics who miss the chance [to compete]."

There have been changes in the ADAMS system which, according to many who are on it, is not user-friendly - especially in parts of the world where communications are difficult.

Tom Goegebuer, President of the Royal Belgian Weightlifting Federation and a three-time Olympian, represents athletes on the IWF's Clean Sport Commission and said the ADAMS system had barely been changed in 10 years and was "very user unfriendly".

The IWF still expects a record entry of around 650 athletes from 92 nations at the 2018 World Championships.

The event will serve as the first qualifying event for the Tokyo 2020 Olympic Games.

With weightlifting's place as an Olympic sport beyond 2020 under threat because of its past doping record, the IWF has recently introduced tough qualifying rules and a new anti-doping policy.