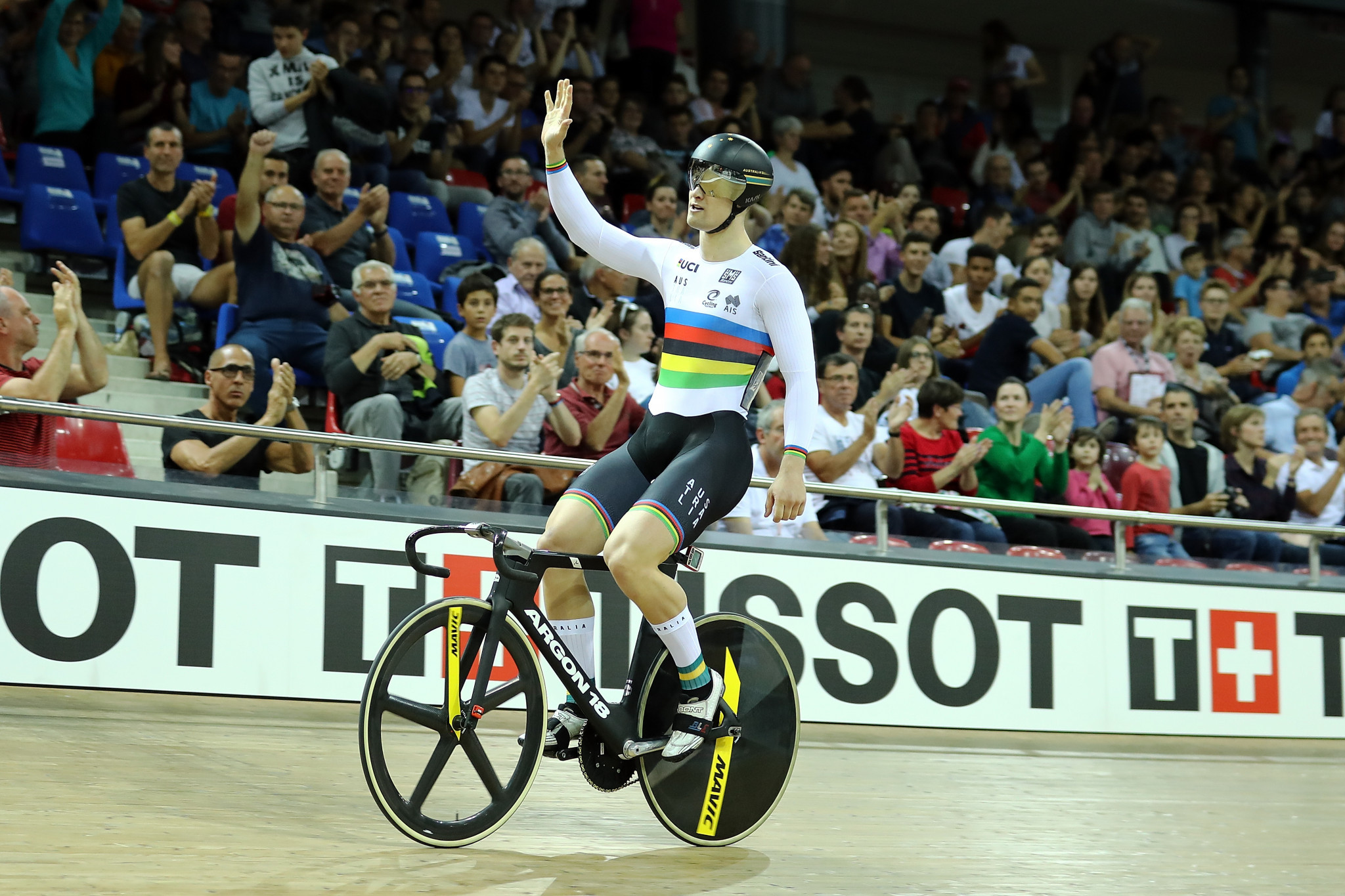 Glaetzer came through the early rounds of competition at the Mattamy National Cycling Centre to set up a final against The Netherlands' Harrie Lavreysen in Canada.

The reigning world champion was forced to come from behind in the final, after being beaten by Lavreysen in the first ride.

Glaetzer responded to take the contest into a decider, where the Australian ultimately secured the overall victory in the competition.

Jeffrey Hoogland emerged as the winner of another battle between Dutch and Australian cyclists, as he secured the bronze.

The Dutchman overcame Nathan Hart in straight rides to secure his place on the podium.

Australia were denied another sprint title in the women's keirin, where Stephanie Morton would have to settle for second place.

She came across the line behind the United States' Madalyn Godby, who celebrated victory.

The women's omnium competition saw Mexico's Lizeth Vazquez lead heading into the points race, the last of the four events.

Vazquez had finished second in the scratch, tempo and elimination races to hold a two point lead over Britain's Laura Kenny, who won the penultimate event.

Kenny, the two-time Olympic champion in the old format of the omnium, would overturn the deficit by scoring 21 points in the final race.

Thank you Milton 🇨🇦 for a brilliant #TissotUCITrackWC. So many memorable moments in another weekend of World-class racing.

It’s time to take a month off but we will be back in Berlin before you know it!

Thanks for following. ✌️ pic.twitter.com/mRKLYLO92Z

She won three sprints in the points race to eventually finish on a total of 133, with Vazquez dropping to second on 115.

Bronze was claimed by Jennifer Valente, with the American a further two points down.

Denmark were winners of the men's omnium event, as Casper von Folsach and Julius Johansen combined to score 38 points in the competition.

They were aided by having gained a lap, which boosted their tally by 20 points.

United States' Daniel Holloway and Adrian Hegyvary also earned a lap, but the duo were edged by Britain's Mark Stewart and Oliver Wood for second place, as they ended three points clear on 28.

Six Track World Cup events are scheduled to take place this season, with Milton having staged the second competition of the season.

The Canadian leg of the series came after the opening competition in Paris earlier this month.

Berlin is set to host the third round next month, followed by an event in London during December.

Cambridge in New Zealand and Hong Kong will host the final World Cups in January.