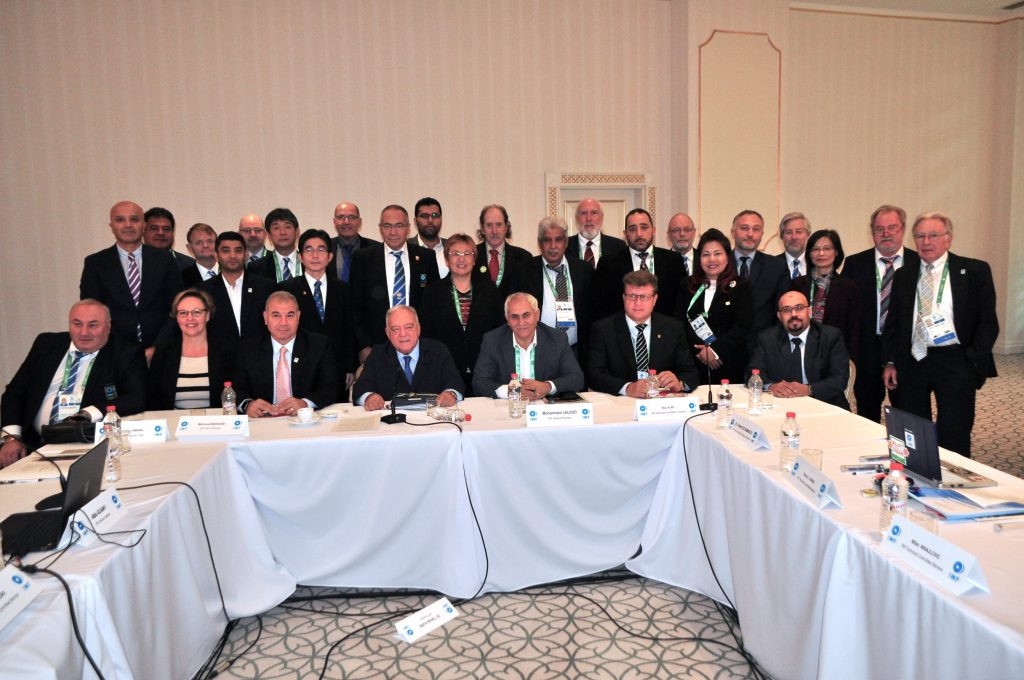 The International Weightlifting Federation’s (IWF) newly-launched online anti-doping platform has been introduced to Committee members with all athletes participating at the 2018 World Championships here having to complete its dedicated education course prior to competition.

It focuses on the topics of whereabouts, the doping control process and Therapeutic Use Exemptions.

After going through the course's videos, all athletes have to complete a final test and obtain a final score of at least 80 per cent to pass.

They will then receive a certificate which will be valid for one year after the day of completion.

The course is available in English, Russian, Spanish and Arabic.

The IWF expects a record entry of around 650 athletes from 92 nations at the 2018 World Championships, the first qualifying event for the Tokyo 2020 Olympic Games.

The IWF has issued frequent warnings to athletes and their National Federations about updating their whereabouts information on the Anti-Doping Administration and Management System, which is operated by the World Anti-Doping Agency.

Despite those warnings, which included public statements on the IWF website in June and September and monthly reminders, many athletes failed to comply and cannot compete here in Turkmenistan's capital.

The IWF’s Technical, Medical and Coaching and Research Committees have all held meetings prior to the 2018 World Championships, which are due to take place from November 1 to 10.

Before they were split up into their relevant groups, Turkmenistan Weightlifting Federation President Berdinyyaz Myatiyev welcomed the Committee members to Ashgabat and referred to the upcoming event as a great opportunity to demonstrate the host country's hospitality.

The Technical Committee concentrated on the IWF Technical and Competition Rules and Regulations modifications that are to be introduced in two steps, from November 1, 2018 and January 1, 2019.

Further discussions were also held on a new calendar policy and the video replay system.

The Medical Committee had several items on its agenda, including an update on transgender guidelines and injury surveillance.

Also discussed were ideas for possible research projects, focusing on bioelectrical impedance analysis, nutrition and the use of video analysis regarding injury prevention.

Among those in attendance at the Medical Committee meeting was Selbi Muradova, the senior medical manager for the 2018 World Championships, who gave a presentation.

The Coaching and Research Committee (CRC) meeting started with a presentation about a computer software programme with a 3D video analysis function that could be used in weightlifting.

Members were also informed on how to use Google Classroom, where the IWF's coaching education manuals will be uploaded going forward.

It is claimed this will be very useful as the CRC is planning to hold a "Train the Trainers" course in February 2019.

An accreditation to gather data on all weightlifting coaches, and distribute coaching licenses to them, is set to be introduced.