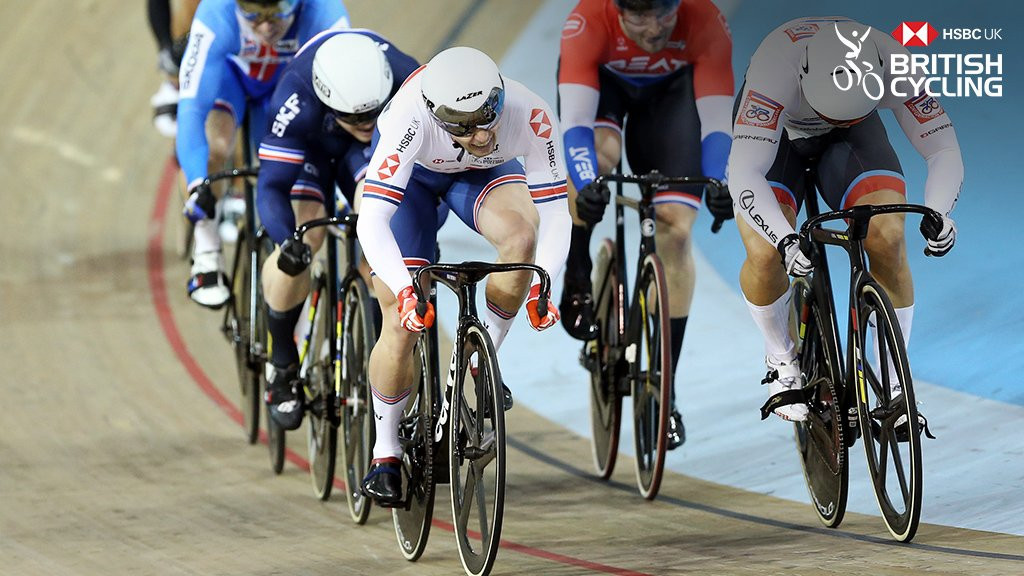 Kenny had been forced to come through the repechage after missing out on a top two spot in the first round of the competition at the Mattamy National Cycling Centre.

He responded by winning the repechage heat, before negotiating the second round to reach the final in Canada.

The British six-time Olympic gold medallist would triumph in the final, as he held off the challenge of home favourite Hugo Barrette, who ended second.

Lee overcame Emma Heinze in the gold medal race, where she beat her German rival in straight rides.

Australia's Stephanie Morton replicated that feat in the battle for bronze, as she saw off competition from Russia's Daria Shmeleva.

Britain were able to celebrate gold in the women's madison, with Katie Archibald and Elinor Barker adding to their team pursuit triumph yesterday.

A fantastic Day 2 draws to a close at the Milton #TissotUCITrackWC.

We have another four gold medal winners...

... and we’re all set for a thrilling final day! pic.twitter.com/iC0VohNixO

The duo secured a total of 36 points to claim victory at the conclusion of the event, with their margin of victory boosted by winning the final sprint worth 10 points.

Denmark's Amalie Dideriksen and Julie Leth would end as the runners-up on 19 points, as Canada's Allison Beveridge and Stephanie Roorda rounded off the podium on 13.

The final gold medal of the day was earned by France's Benjamin Thomas, who came out on top at the end of the four event men's omnium.

Britain's Mark Stewart had led prior to the points race, the concluding discipline, but Thomas gained a lap to earn 20 points.

This proved key in the final standings, with the Frenchman finishing the competition on a total of 144 points.

Stewart would have to settle for second place on 134, while New Zealand's Campbell Stewart was a further two points down in third.

The World Cup will conclude tomorrow.