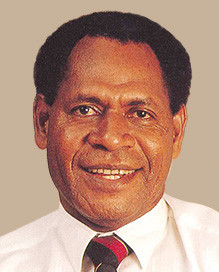 The Papua New Guinea Olympic Committee (PNGOC) has paid tribute to Sir Henry ToRobert, the former President of the organisation who has died.

After his retirement, he was named as a life member.

Sir Henry was also the first Governor of the Bank of Papua New Guinea and was influential for the 20 years he headed the bank.

Sir John Dawanincura, who served as secretary general of the PNGOC alongside Sir Henry and is now President, believes his predecessor's business experience plus hard work enabled him to lead the organisation.

PNGOC has expresses its sorrow on the passing of former President, Sir Henry ToRobert. Sir Henry was President for 29 years. He was later awarded Life Membership. https://t.co/9taZeDYBxJ pic.twitter.com/vUJEpOwyFP

"His experience as the founding Governor of the Bank of Papua New Guinea benefited us greatly through dealing with important decisions, issues and also ensuring better management for the organisation," Sir John said.

"He was a private man but a hard worker and very professional in his conduct.

"I admired his work and also learned some important lessons during my time working with him.

"I am deeply saddened by his passing but I have some good memories from our working days that I will forever cherish as I look back on his life and also in my own journey.

"On behalf of the Papua New Guinea Olympic Committee and its member National Federations, I offer our deepest condolences to the family of the late Sir Henry ToRobert."