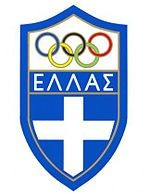 The Hellenic Olympic Committee (HOC) have announced a partnership with the Henry Dunant Hospital Centre to support Tokyo 2020 hopefuls.

HOC President Spyros Capralos announced the partnership with the hospital which will aid athletes with their competition preparations.

The President of the hospital, Gerasimos Tsiaparas, was present at a special event held to mark the collaboration.

The hospital has agreed to provide Greek athletes with any health needs before the Olympics in Japan's capital, such as pre-competition control, diagnostic examinations, surgical operations and hospitalisation if needed.

The partnership is the latest in a social sponsorship programme set up by the HOC.

The "Adopt an Athlete on the road to Tokyo 2020" project follows a similar scheme used in the run-up to the Rio 2016 Olympics.

Capralos initiated the programme which garnered support from 28 sponsors for 55 athletes in 13 different sports before the Games in Brazil.

After the economic difficulties in the country, the HOC raised funds for its athletes in other ways.

"The crisis that has afflicted our country has had major consequences on Greek sport too," Capralos said in 2014.