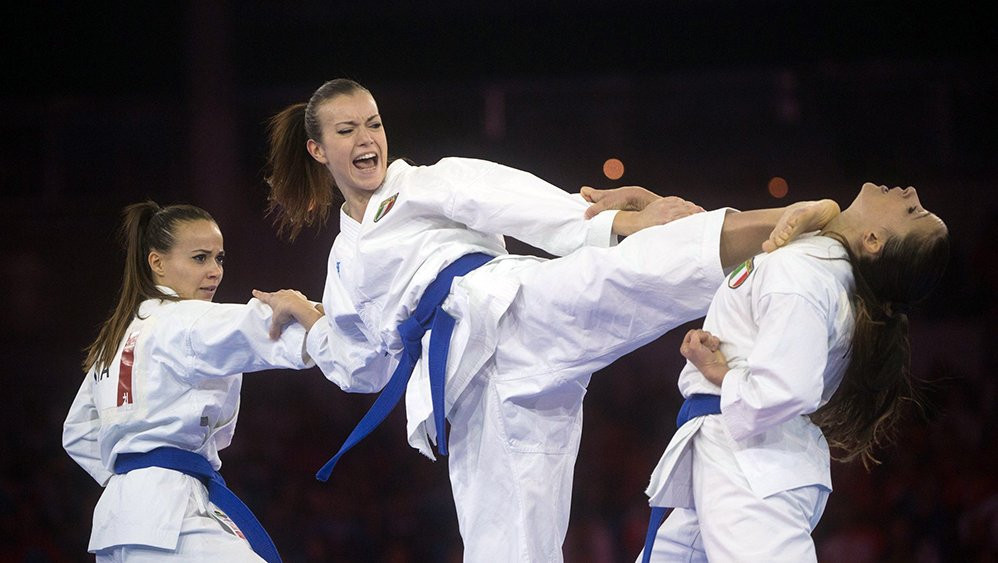 Organisers of the upcoming Karate World Championships have revealed a record-breaking 1,200 athletes have entered the event in Madrid.

The World Karate Federation (WKF) claim the competition in the Spanish capital, scheduled to take place from November 6 to 11, is "fast becoming the biggest event of all time" in the sport.

"A look to the countries participating in the Karate World Championships in Madrid clearly demonstrates the universality of our sport," said WKF President Antonio Espinós.

"Karate is practised all over the world, as it is stated in the fact that 192 National Federations comprise the WKF.

"With over 140 of these National Federations represented - one way or the other - at the event, we can definitively showcase the impressive global appeal of our sport.

"This proves that the event is already on its way to be a huge success; these Championships are poised to be truly memorable, and the best one yet."

The number of entrants for this year's edition of the World Championships is over 150 more than the 2016 event in Linz in Austria.

A total of 1,049 athletes competed in the Austrian city two years ago.

The announcement from the WKF also continues a recent trend of their World Championships growing with each edition.

In 2014, around 700 karatekas competed at the WKF's flagship event in the German city of Bremen.

The 1,200 competitors from 139 countries will battle it out for the biggest prize in the sport at the WiZink Centre.

Russia is due to send the largest team with 27 athletes, while Egypt and Romania have entered 24 competitors.