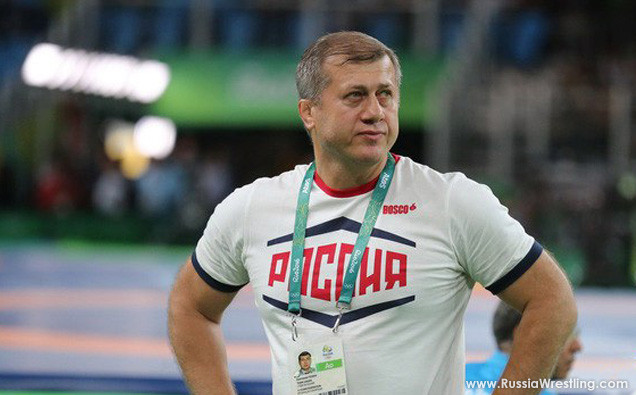 United World Wrestling (UWW) have confirmed they are considering a ban of up to three years for Russian national team coach Dzambolat Tedeev, who attacked a referee at their World Championships here in Budapest on Sunday (October 21).

The former European champion at 90 kilograms launched a tirade of verbal abuse at the official and then pushed him, after Russia's Gadzhimurad Rashidov lost in the men's 61kg freestyle final.

Teedev felt the officials had missed at least one push-out from Rashidov that would have seen him declared the winner, but when the result went the other way, Tedeev began shouting at the referee so aggressively that he was shown a red card, denoting an expulsion from the arena.

At that point Teedev jumped up and pushed the referee, which led to him being marched out to the sound of jeers and whistles from the crowd.

On Monday (October 22) insidethegames reported UWW were considering a ban that could last until after the Tokyo 2020 Olympics, and now the governing body have confirmed that Tedeev could be banished for as long as three years.

A UWW official confirmed that pending "a letter of explanation" from Tedeev, the Ethics Committee would now decide on a penalty, which could range from one month to three years.

What is more, yesterday Russia were declared men's freestyle champions and Tedeev reportedly tried to attend the awards ceremony despite having had his accreditation revoked.

Asked about this by insidethegames, UWW simply said he was not on the medal stand.

The 2018 World Championships in Budapest began on October 20 and will last until October 28.

Russia are currently second in the medals table behind only the United States.