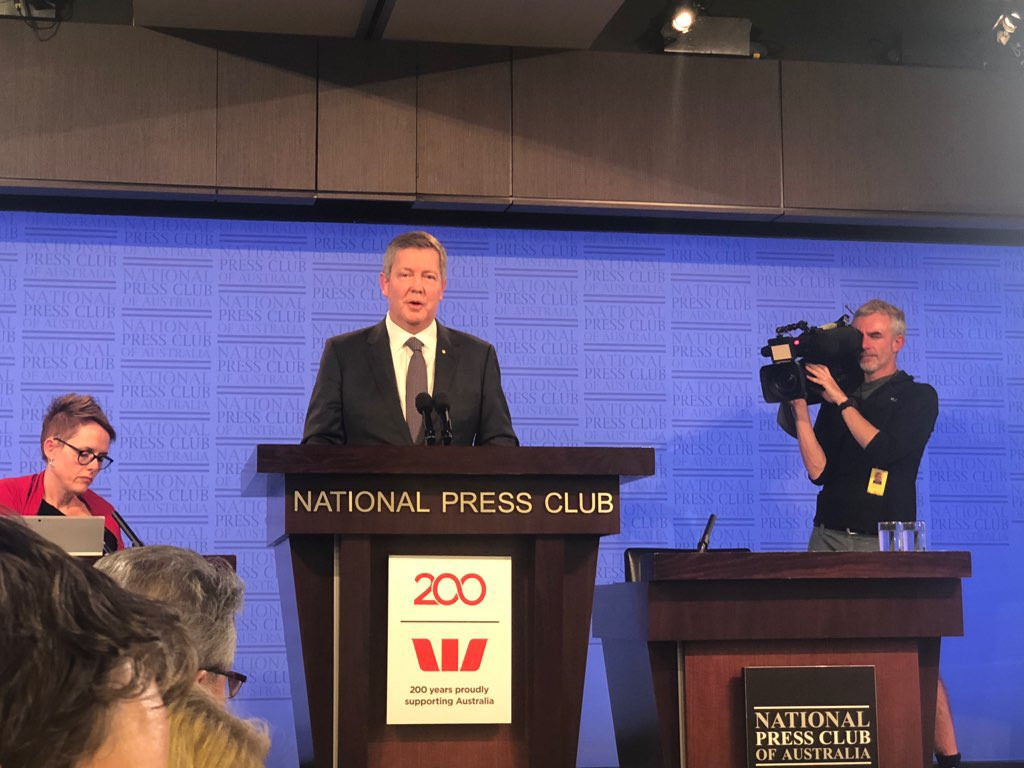 Australian Olympic Committee (AOC) chief executive Matt Carroll has announced a "new direction" for the Olympics in the country in a speech to the National Press Club in Canberra.

Last year, the AOC was advised to make significant changes to its workplace culture by an Ethics Centre review following reports of bullying within the organisation.

"Today I can announce a new direction for the Olympics in Australia," Carroll said.

"We've made changes to the way we work at the AOC, driven by some troubled times around 18 months ago.

"As I have always said, sport invented politics because sport is the ultimate hotbed of passion.

"It was clear change needed to happen, so we undertook an independent cultural review by The Ethics Centre who made 17 recommendations.

"We published the review and since then, we've implemented all 17 in full."

Carroll also stated that the AOC's role and vision had now been "clearly defined", with the body aiming to provide athletes the opportunity to excel at the Olympic Games while promoting the values of Olympism and the benefit of participation in sport for all Australians.

As part of this he unveiled the AOC's largest programme to date, "Olympics Unleashed".

This will see athletes visiting classrooms around the country to inspire and motivate students, with the aim of reaching nearly four million youngsters at 9,400 schools.

The scheme has already begun in Queensland.

"Teachers have told us that the physical presence of Olympians at schools helps students build self-esteem - such a critical thing when we see the rise of mental health issues across Australia," Carroll said.

"This is using the spirit of the Olympics and our Olympians to inspire the kids of Australia to be their best.

"One of our Olympians being unleashed into Queensland schools is with us today - four-time Olympian, Leisel Jones.

"Can you imagine how the faces of the kids at Dalby Primary School - in regional Queensland - will light up when one of our most inspiring Olympic swimmers walks into their classroom?

"While Olympics Unleashed may inspire future Olympians, it will also inspire future scientists, artists, nurses, tradies, parents, people - to be the best they can.

"That's the Olympic spirit; that's at the core of our new direction."