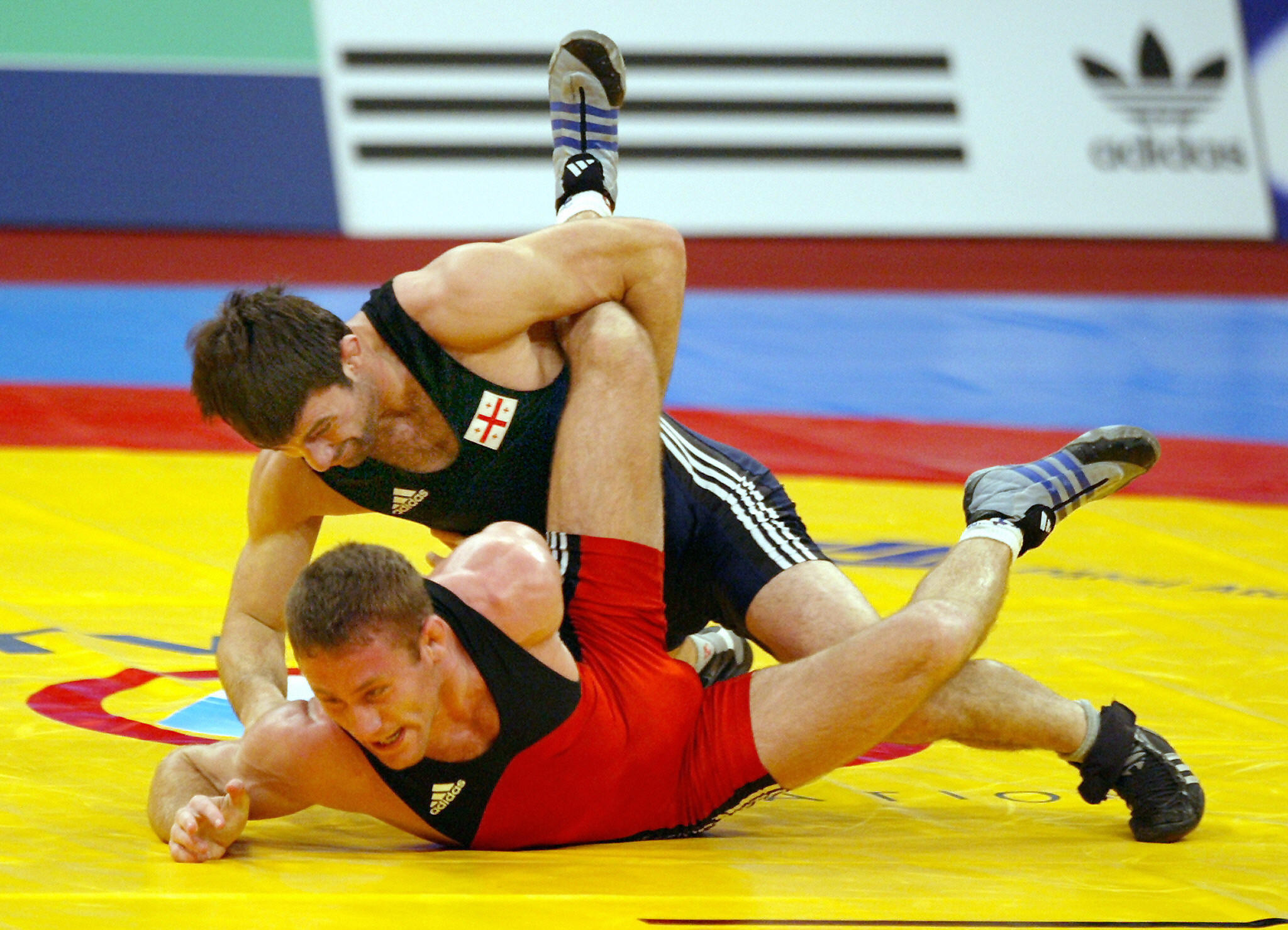 Five retired Hungarian wrestlers were given special awards today at the United World Wrestling World Championships heret to celebrate their careers on what was also a national holiday in the country.

István Kovács, vice-president of the Hungarian Wrestling Federation, gave out the awards as part of celebrations to mark Republic Day.

The wrestlers honoured were Ottó Aubéli, a bronze medallist in the 120 kilograms category at the 2005 World Championships in Budapest; 2001 European champion at 58kg Zsolt Bánkuti; Sydney 2000 Olympian Kapuvári Gábor; Emese, Szabó, a silver medallist in the women's 51kg from the 2009 European Championships; and Gergő Wöller, winner of three European bronze medals between 2007 and 2012 at 60kg and 66kg respectively.

Later in the evening the crowd were treated to a cinematic video on the big screens showing tanks rumbling through the city’s streets as armed civilians tried to fight them off.

It was all done to mark Republic Day, celebrated every year in Hungary on October 23 to mark two significant events in the country’s history.

Firstly, on this day in 1956 an attempted rebellion against Soviet Union rule was brutally crushed leaving hundreds dead.

Then on the same day in 1989 when the Soviet Union collapsed, Hungary was once again declared an independent republic.

The hosts almost had a medal to mark the day as well, with Pavlo Olinyk appearing in a bronze medal match in the men’s 97kg freestyle division.

Unfortunately for them though, the local fell to an agonising 2-2 loss on criteria against Italy’s Abraham de Jesus Conyedo Ruano.