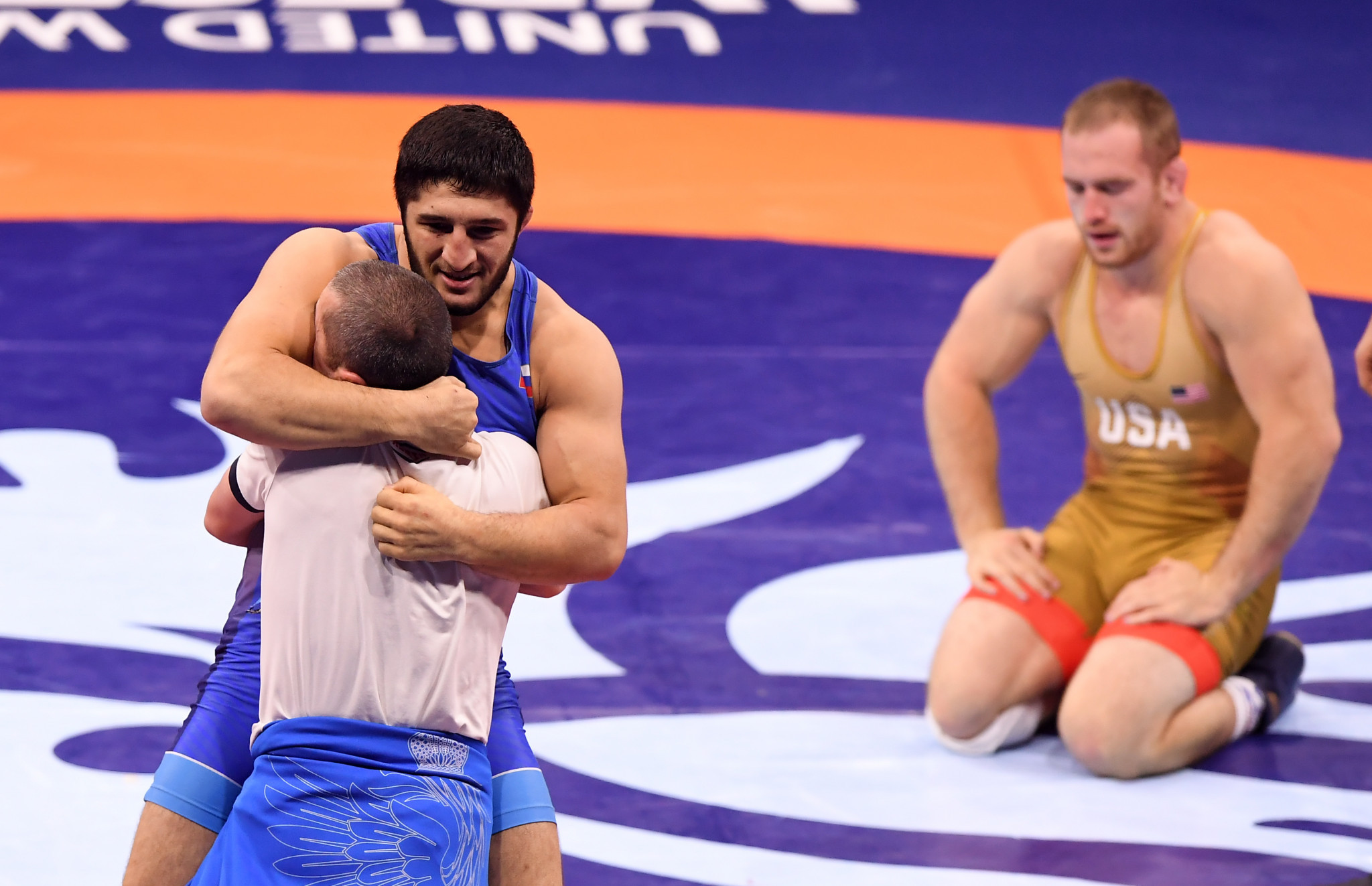 Russia’s Abdulrashid Sadulaev triumphed in the bout dubbed "the rematch of the century" here tonight to claim the gold medal in the men’s 97 kilograms freestyle division at the United World Wrestling World Championships,

The Rio 2016 champion at 86kg was up against fellow Olympic gold medallist Kyle Snyder from the United States in an exact repeat of the 97kg final last year in Paris.

That time out it was Snyder who came away victorious, but this year many felt the Russian had more of a chance.

Sadulaev proved them right and shattered most people’s expectations, winning by fall after just 70 seconds.

Abdulrashid Sadulaev, the Russian Tank, pins Kyle Snyder in 70 seconds in the Rematch of the Century at wrestling world championships. Snyder's first loss at an Olympics or worlds. Shocking. pic.twitter.com/aT7Gyf30RI

The two bronze medals in that category were taken by Elizbar Odikadze from Georgia and Abraham de Jesus Conyedo Ruano from Italy.

While it was a disappointing night for Snyder, it was anything but for Japan with the country claiming both golds on offer in the women’s events tonight.

First up in the 55kg division Mayu Mukaida dispatched Zalina Sidakova from Belarus to win by technical superiority before her compatriot Risako Kawai saw off Turkey’s Elif Jale Yeşilırmak at 59kg.

Even before tonight’s victory, Kawai was already a world and Olympic champion, while Japan are undoubtably the dominant force in women’s wrestling, so tonight’s results came as no real surprise.

At 59kg they were claimed by Shoovdor Baatanav from Mongolia and Pei Zingru from China.

The other division in which medals were won tonight was the men’s 70kg freestyle, meaning all the men’s freestyle events at this Championships have now been completed.

In the gold medal match, Russia’s Magomedrasul Gazimagomedov sealed the win with an incredible comeback from 6-0 down at half time.

A good few push outs and a penalty against his opponent Adam Bashirov, representing Bahrain but originally from Russia, ensured the score was 5-6 with 10 seconds left, at which point the Russian pulled off a takedown to snatch the win 7-6.

The victory  helped Russia win the freestyle team title ahead of the US.

Russia finished on 178 points, while America accumulated 150 and Georgia finished third with 105.

Tomorrow is due to exclusively feature women’s wrestling, with medals decided at 65kg, 68kg, 72kg and 76kg respectively.