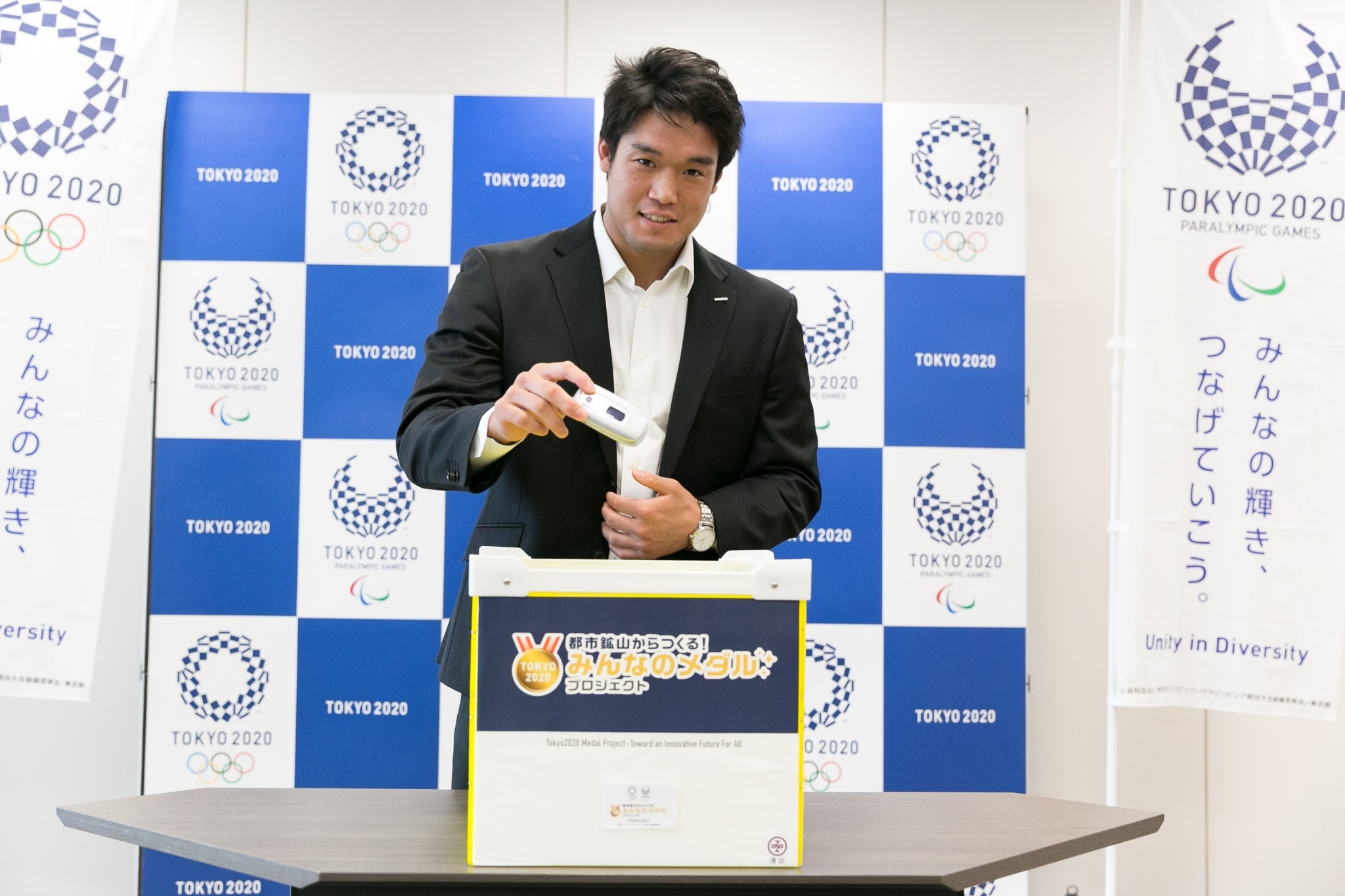 Tokyo 2020 has received its first consignments of gold, silver and bronze donated by the public and that will be used to make the medals to be awarded at the Olympic and Paralympic Games, marking a new milestone in the major recycling project.

The metals contained in the devices have since been used in the production of the medals to be awarded at Tokyo 2020.

This offered the Japanese public the chance to play a role in the preparation for the Games, as well as highlight the importance of sustainability, with the medal project a key part of the Tokyo 2020 engagement and sustainability programmes.

The project is being supported by the Japanese mobile phone operator NTT DOCOMO, the Japan Environmental Sanitation Center, Japan’s Ministry of the Environment and the Tokyo Metropolitan Government.

Tokyo 2020 has now received all the recycled metal collected up to June 2018.

They have already reached their target for the amount of bronze collected, 2,700 kilograms.

Organisers are confident the remaining metal will be collected between July 2018 and March, based on the success of the project so far and the monthly increase in collection rates.

"We would like to thank everyone who has taken part in this project for all of their efforts and kind donations, as a result of which the Tokyo 2020 medals will assume even more value for the athletes," said Tokyo 2020 spokesperson Masa Takaya.

"With the public's continued support, we are aiming to meet all of our metal collection targets within the next five months.

"Tokyo 2020 is running numerous other sustainability projects, with one of our goals being that 99% of items and goods procured for the Games should be reused or recycled.

"Under the slogan 'Be better, together - for the planet and the people', we aim to continue pursuing these projects with the help of the public."

The designs for the Tokyo 2020 medals to be awarded at the Olympic and Paralympic Games are due to be revealed in 2019.