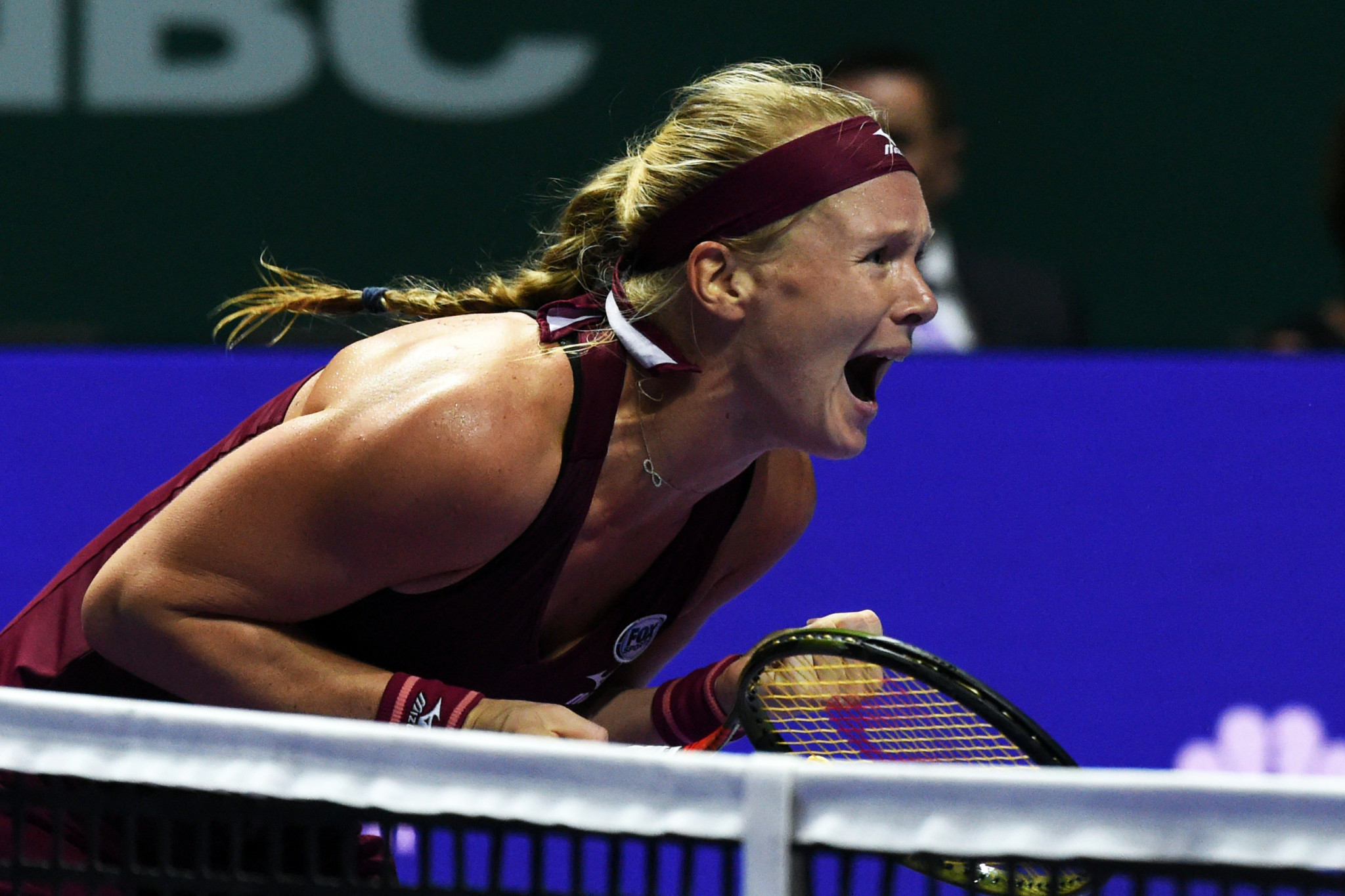 The world number nine missed out on qualifying for the tournament, which pits the top eight women’s players against each other in a unique format for tennis.

The Dutch player was only called-up after the world number one, Simona Halep of Romania had to withdraw through injury.

The match began poorly for Bertens, who made unforced errors as she lost the first set which her German opponent dominated at the Singapore Indoor Stadium.

Bertens changed her mentality in the second set, however, to win six of the next seven games and even the scores.

Despite her 45 unforced errors, Bertens took her debut win at the WTA season finale thanks partly to her more aggressive style to score 33 winners as she won the two-hour match 1-6, 6-3, 6-4.

Both forehand winners were 😍, but who has your vote for shot of the day for day two at the @WTAFinalsSG? 🤔@Naomi_Osaka_ or @kikibertens? pic.twitter.com/PB0kAZzQuN

"At the beginning of the second was just like hopefully I can get a few more games," she said.

"I was really like playing not good, stressing a little bit too much, thinking about playing bad.”

"I think that's one thing I can be really proud of today, that I turned that match around, that I played more aggressive, going a little bit out of my comfort zone and to get a win."

In the next match, Bertens is due to play American Sloane Stephens, who today beat Japan’s US Open champion Naomi Osaka 7-5, 4-6, 6-1.

Osaka’s poor percentage of first serves and 46 unforced errors helped her predecessor as US Open champion take the win in 2 hours 24 minutes.