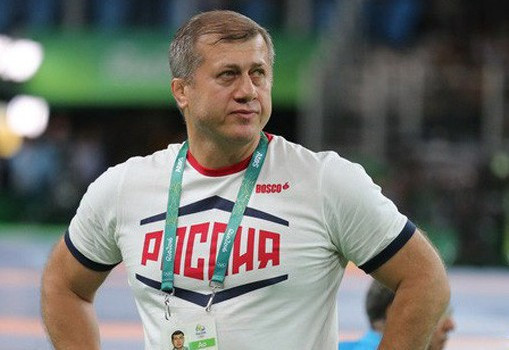 The national team coach was at the side of the mat for Gadzhimurad Rashidov’s final in the 61 kilograms freestyle division when the incident occurred, which insidethegames has been told could lead to a six-month ban or longer.

Rashidov was losing 5-2 at half-time in the match at the Papp László SportArena but three push outs after the break brought the scores back level.

Thanks to a spectacular throw in the first couple of minutes however, the Cuban still won on criteria.

As soon as the clock struck zero Tedeev launched a tirade of verbal abuse at the referee, arguing the official had missed a fourth push out which would have seen Rashidov awarded the gold instead.

So foul-mouthed was the rant, Tedeev was quickly shown a yellow, and then a red card, which then prompted the Russian coach to jump up and physically push the referee.

At that point he was marched out of the arena to the sound of jeers and whistles from the crowd, as his athlete Rashidov lay on the mat distraught at the loss.

Following up on the incident today, a United World Wrestling official confirmed to insidethegames that Tedeev, the 1993 European champion at 90kg, has been banned from the competition area as a result.

He is reportedly still allowed to coach his athletes in the warm-up area but cannot follow them to the mat when it is their turn to wrestle.

UWW’s Ethics Committee is now reviewing the incident, with one official warning they could enforce a ban lasting up till and including the 2020 Olympic Games in Tokyo.

A six-month suspension however, is thought to be more likely.

Tonight Russia picked up another two bronze medals without Tedeev beside the mat.