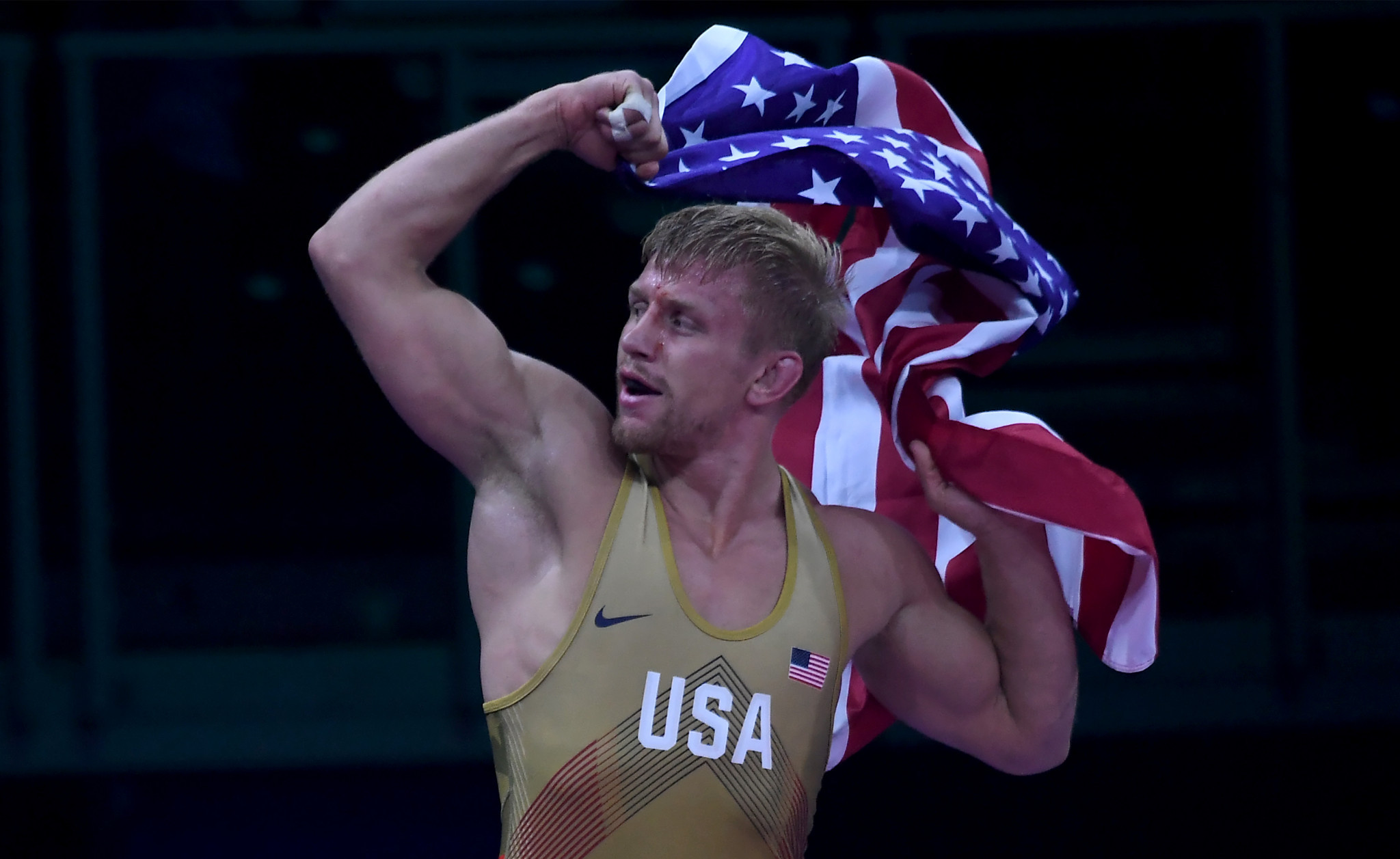 Kyle Dake, on his senior World Championship debut, won the top prize in the men’s 79 kilograms division by beating Jabrayil Hasanov from Azerbaijan, before his compatriot J’Den Cox beat Ivan Yanouski from Belarus at 92kg.

Elsewhere tonight, Japan’s Takuto Otoguro won the gold medal in the 65kg event by seeing off Bajrang Bajrang from India to become his country’s youngest-ever wrestling world champion at 19-years-old.

Meanwhile, at 57kg Russia picked up their second gold medal of the Championships, thanks to Zavur Uguev, who triumphed over Nurislam Sanayev from Kazakhstan.

Medal matches went ahead first at 57kg, with the two bronze medal bouts going ahead before Uguev wrestled for gold.

In the first match for the bronze medal Japan’s Yuki Takahashi beat Reineri Andreu Ortega from Cuba 5-4 before Süleyman Atli from Turkey took the second bronze by beating Thomas Gilman from the US, last year's World Championships silver medallist.

At 65kg the bronze medals were won by Cuba’s Alejandro Enrique Valdes Tobier and Russia’s Akhmed Chakaev, while at 79kg they were claimed by Ali Shabanau from Belarus and Akhmed Gadzhimagomedov, another Russian.

In the final category of the night, at 92kg, the two bronze medals were won by Dato Marsagishvili from Georgia and Turtogtokh Luvsandorj from Mongolia.

Earlier on in the day, before the medal events took place, qualifying action began in the final two freestyle categories at 70kg and 97kg and in two women’s divisions at 55kg and 59kg.

In the freestyle events at 70kg a Russian-born Bahranian Adam Batriov made the final and is now due to wrestle for the gold medal against Magomedrasul Gazimagomedov from Russia tomorrow night.

In the 97kg class the US are set to go for their fourth gold medal tomorrow through Kyle Snyder, the 2016 Olympic champion, who will Russia’s Abdulrashid Sadulaev.

In the women’s events, Japan have a finalist in both categories.

Mayu Mukaida is due to wrestle for gold at 55kg and her compatriot will challenge for the title at 59kg.

They will face Zalina Sidakova from Belarus and Elif Jale Yeşilırmak from Turkey respectively.