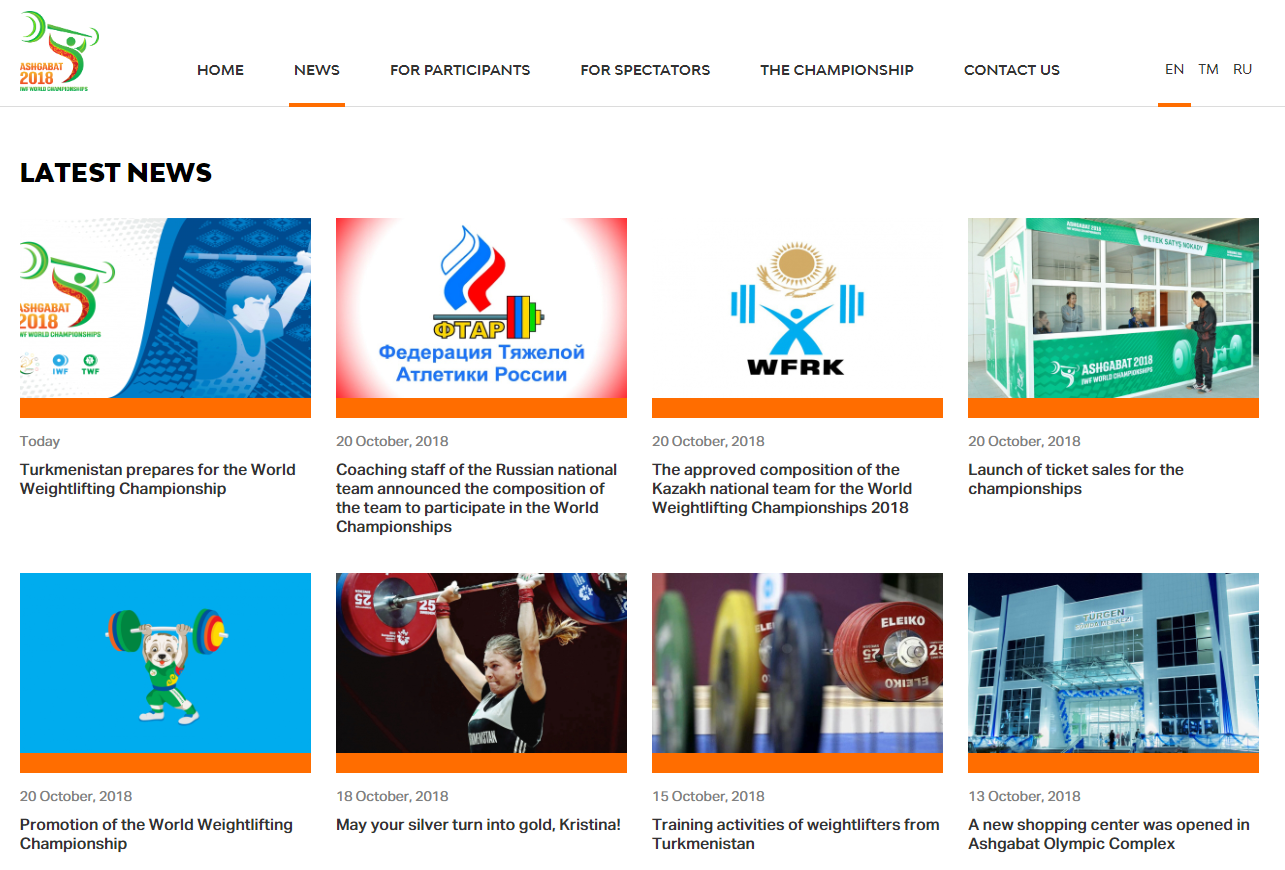 The official website for the 2018 International Weightlifting Federation (IWF) World Championships in Ashgabat has been launched.

Athletes will compete in the flagship event in Turkmenistan's capital city between November 1 and 10.

Included on the website, accessible here, is information for both competitors and fans.

The latest news is also available alongside details of the venue - the city's Weightlifting Arena - and the Athletes' Village.

Tourist information about Turkmenistan and background to the World Championships is also provided.

The site will be updated regularly as the Championships progress.

Since then, the venue has been upgraded and modified for the sport's most important stand-alone Championship.

The IWF said the city was making "significant progress" in June after only being awarded the event in November 2017.

This came after scheduled hosts Lima agreed to hand the event over "to support the weightlifting family".