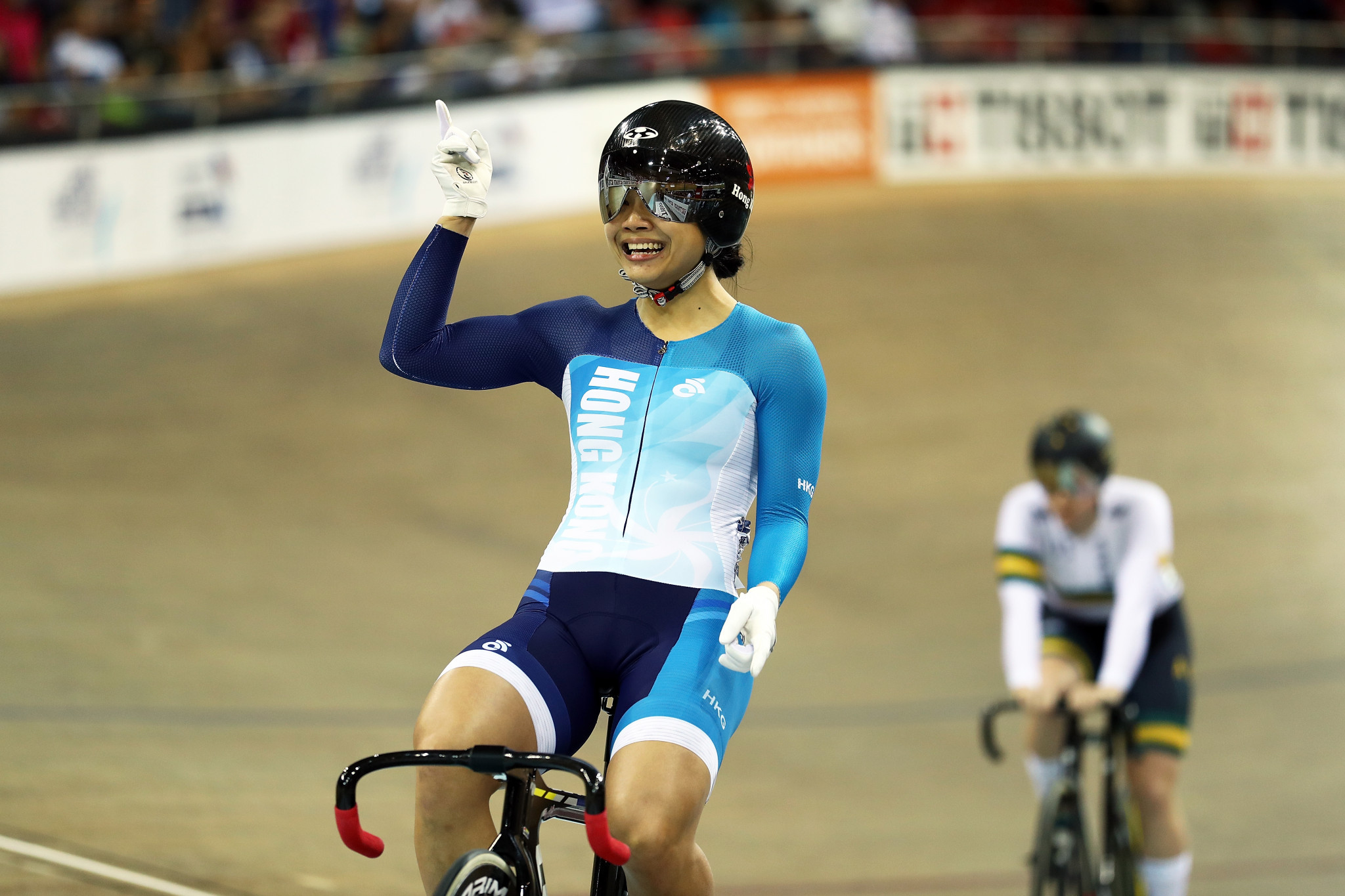 She claimed a 2-0 victory in the gold medal rides against Stephanie Morton of Australia at the Vélodrome de Saint-Quentin-en-Yvelines.

This duel needed a deciding race in the best-of-three which went to the Russian.

Britain's Neah Evans and Emily Kay finished on the same tally but the Danes won gold as they finished ahead in the final sprint.

Britain's Oliver Wood won silver on 142 as bronze went to Benjamin Thomas of France on 142.

In the men's keirin, Yuta Wakimoto won gold for Japan.

Edward Dawkins was the silver medallist for New Zealand with bronze going to Krzysztof Maksel of Poland.