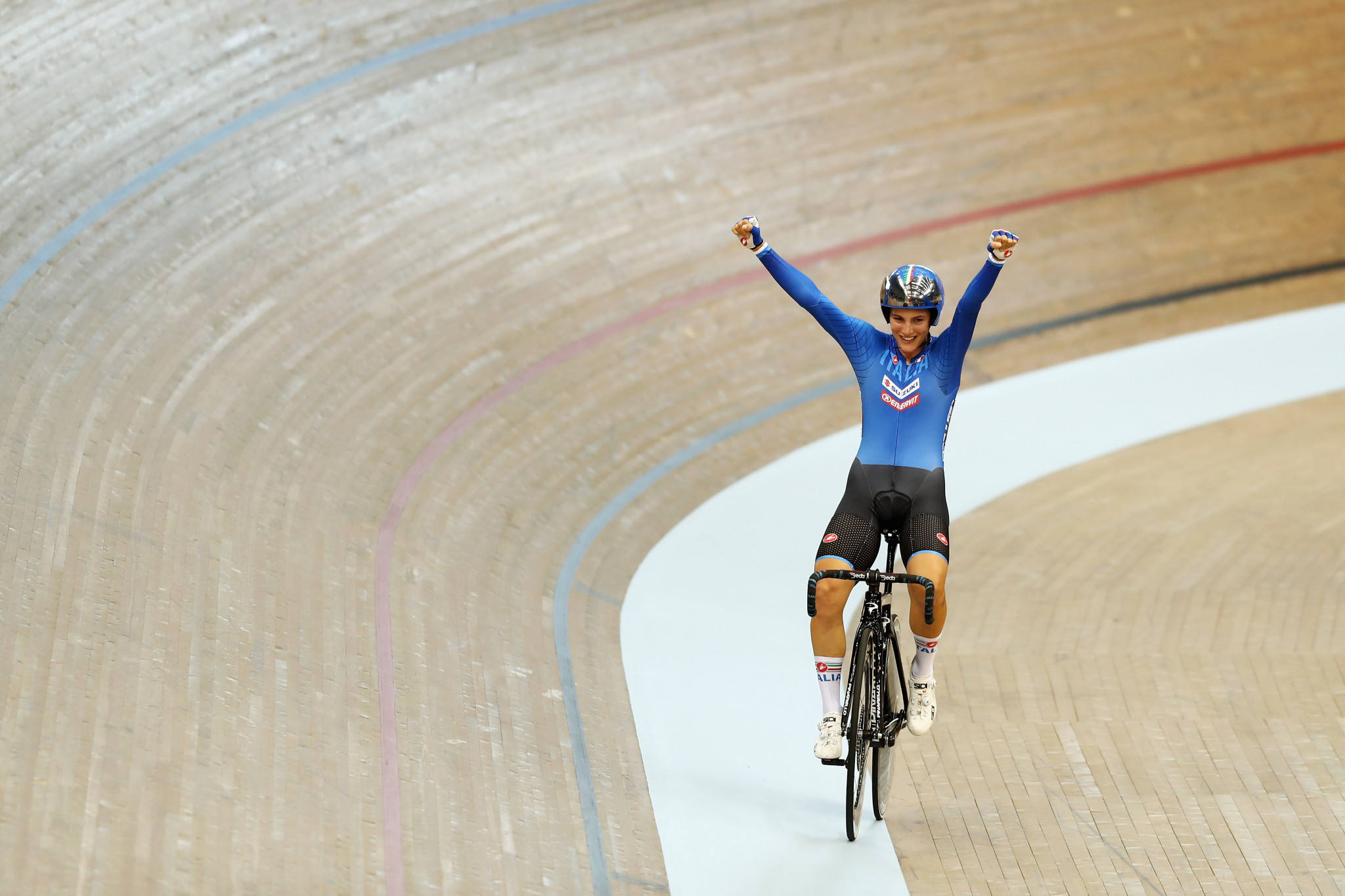 Six different countries won the six titles on offer on day one of the Track Cycling World Cup in Saint-Quentin-en-Yvelines in France.

Men's and women's team sprint, team pursuit and points races were held at the inaugural event of the season at the Vélodrome de Saint-Quentin-en-Yvelines.

Moritz Malcharek of Germany won the men's points race, winning on a tally of 53.

Mark Stewart of Britain claimed silver on 45 as Greece's Christos Volikakis did enough for bronze on 43.

Bronze went to Charlotte Becker of Germany on 30.

In the men's team sprint, The Netherlands defeated hosts France in the gold medal ride, clocking 42.939sec to beat the home trio's 43.566.

Congratulations to our first medalists of the #TissotUCITrackWC season.

The women's team sprint went to a trio representing Russian team Gazprom-Rusvelo, in 32.820.

The men's team pursuit was won by Denmark who beat Britain in the final, as Italy defeated the Huub Wattbike Test Team for bronze.

Bronze was clinched by Italy who defeated Germany.

More medals will be decided tomorrow.