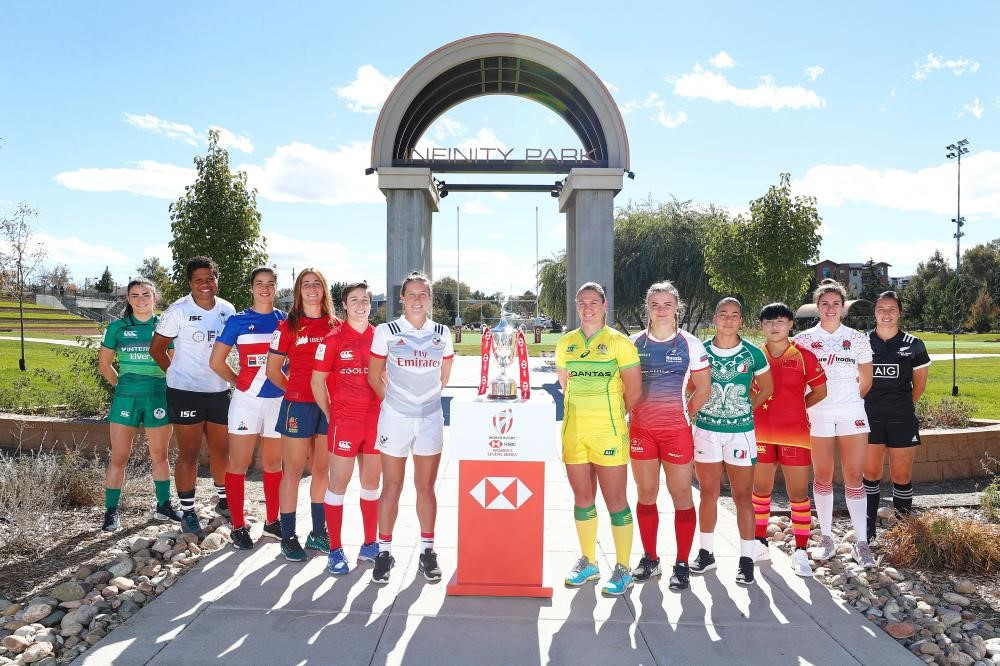 The new World Rugby Women's Sevens Series campaign kicks off in the United States tomorrow with 12 teams heading to Denver for the first of six rounds of action.

As well as bidding to win the overall Series, teams will be competing for Tokyo 2020 Olympic Games qualification.

The opening event will run over two days at Infinity Park and the top four teams at the end of the season will claim the Tokyo 2020 berths.

Defending series champions and reigning Olympic gold medallists Australia have been drawn in Pool A in the US and will face Russia, Spain and Mexico.

The hosts are in Pool B alongside Rugby World Cup Sevens 2018 winners New Zealand, England and China.

Pool C contains France and Canada, who finished third and fourth respectively in the 2018 series.

Fiji and Ireland complete the group.

"It's extremely important to start this first leg strong, with Olympic qualification it's really important that we make that top four to qualify for those Olympics," said Australia co-captain Sharni Williams.

"The game has grown leaps and bounds and the skill level has stepped up, it's really an unknown for sevens."

How else to describe @USARugby flyer Naya Tapper! See her in action in Glendale this weekend when the HSBC World Rugby Women’s Sevens Series returns! pic.twitter.com/Mwgwcl8SOe

Co-captain of the US team Lauren Doyle was also looking for her team to get the season off to a good start and make good use of home advantage.

"We just have to focus on each tournament, one at a time and you can't really put too much pressure, if you do the small things, then it's going to lead to the bigger picture," she said.

China are competing having re-qualified as one of the core 11 teams which are automatically invited to the World Series events.

Mexico are the invitational team in Denver.

"We are excited to have the opportunity to play as a core team, we worked really hard to qualify so we are looking forward to the experience," said China's captain Yan Meiling.

"We are excited to play all of the elite teams that are part of the Series and learn from them.

"Every opportunity we get to play at this level makes us better."

The Series will also stop in Dubai, Australia, Japan, Canada and France after the US.