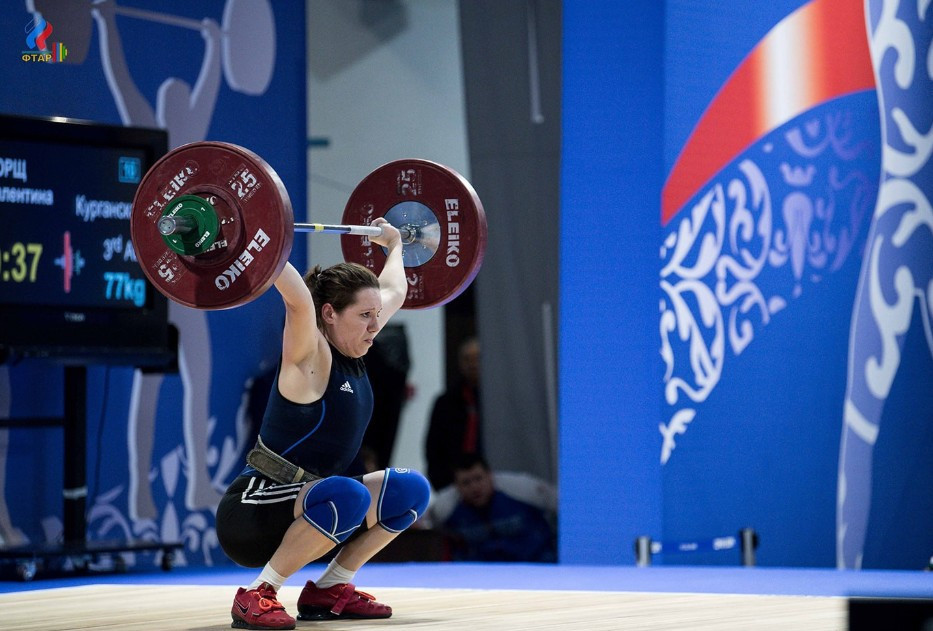 Russia has been awarded the 2020 European Weightlifting Championships on the same day its one-year suspension from the sport expired.

The decision was announced today at the European Weightlifting Federation Annual Congress in Zamosc in Poland.

Russian Weightlifting Federation President Maxim Agapitov hailed the decision to award the Championships to Moscow, which has not held them since 1983.

"In 2020, the European Weightlifting Championship will be considered the most important weightlifting event after the Olympics, it will qualify for the 2020 Games [in Tokyo]," Agapitov told Russia's official state news agency TASS.

"In the very difficult economic and political conditions in which our country lives, I think it is important that we have a tournament of such high level.

"Our European colleagues will have the opportunity to learn more about our country and feel its hospitality, get to know the updated Russian weightlifting more closely."

It will be the first time the Championships have been held in Russia since 2011 when they were staged in Kazan but the decision is sure to attract criticism, especially as it coincided with the day that Russia's one-year ban was lifted.

Russia were among nine countries banned, along with China, Kazakhstan, Ukraine, Armenia, Azerbaijan, Belarus, Moldova and Turkey, last year by the International Weightlifting Federation (IWF) for having multiple positives in the retesting of doping samples from the 2008 and 2012 Olympic Games from Beijing and London respectively.

The suspension is due to end today.

Russia, who had already been suspended from the 2016 Olympic Games in Rio de Janeiro, missed last year's World Championships in Anaheim in California.

Russian weightlifters are due to make their return to international competition at the European Junior Championships, scheduled to start in Zamosc tomorrow.

Their top weightlifters are expected to take part at this year's World Championships in Ashgabat in Turkmenistan, due to take place between November 1 and 10.

"The term of our disqualification will end on October 19, it will happen without any preconditions," Agapitov, who has led a campaign to help clean up the sport in Russia, told TASS.

The EWF did not respond when contacted by insidethegames for a comment.