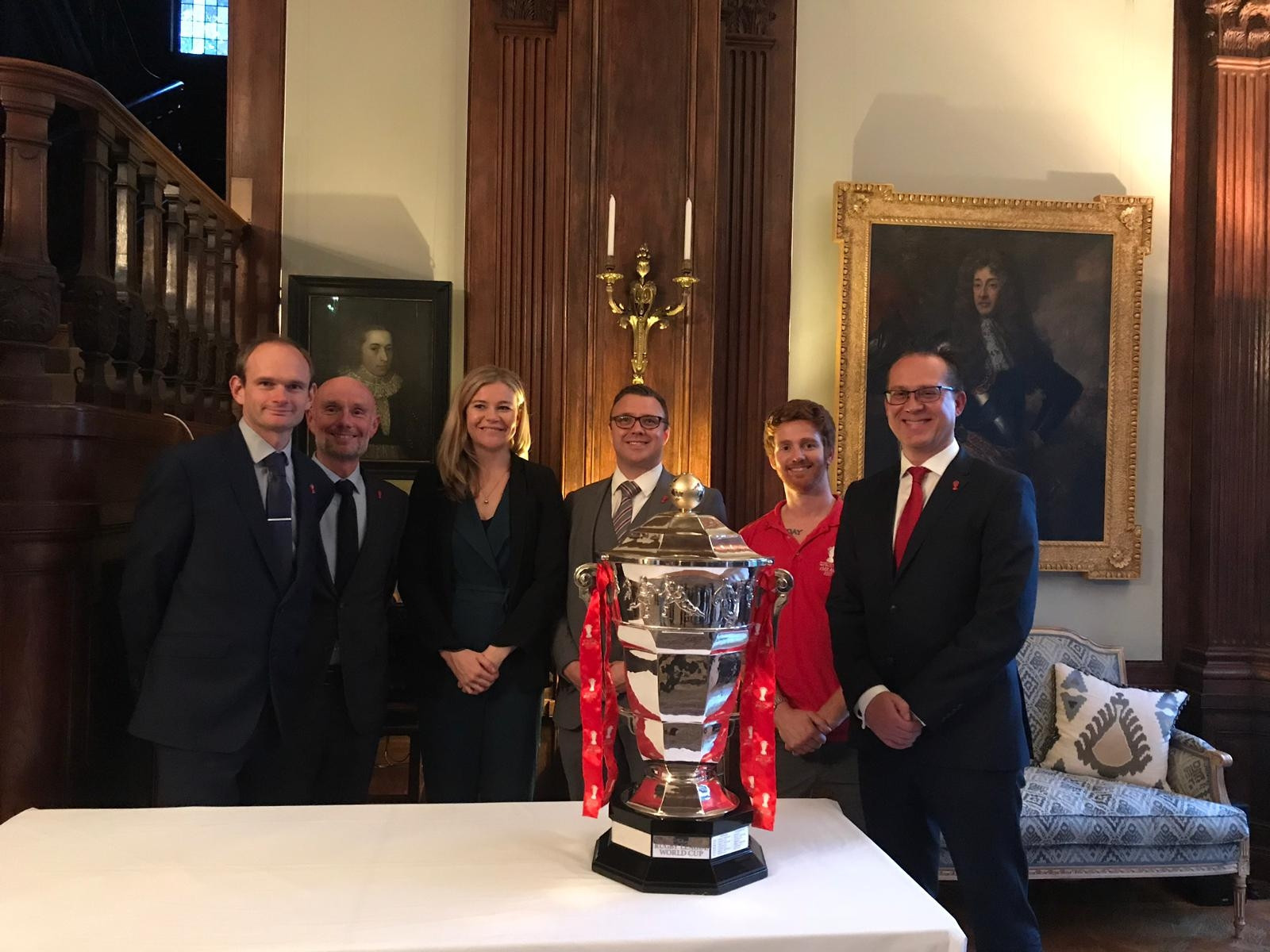 The first International Development Programme initiative of the 2021 Rugby League World Cup (RLWC) has taken place in The Netherlands, marking the start of the journey to improve developing nations in the sport across Europe prior to the global showpiece in England.

The "Inspired by 2021" team visited The Netherlands to deliver a two-day workshop with the Dutch and German Rugby League Federations.

The aim was to help both nations learn and share knowledge around governance, developing the sport and building wider international relationships.

They participated in a guest lecture at The Hague University of Applied Sciences and finished with a reception at the British Ambassador's residence in The Hague.

By working alongside the Rugby League International Federation (RLIF) and with the backing of UK Sport, the 2021 RLWC International Development Programme aims to build partnerships to target barriers to the sport's growth in individual developing nations.

The next trip will take the team to Papua New Guinea later in 2018.

"We're delighted with the start of the International Development Programme and the very successful workshops with both the Dutch and German Rugby League Federations," Jon Dutton, chief executive of the 2021 Rugby League World Cup, said.

"We're confident that our team has delivered a series of vital sessions that will help the Federations continue to grow their sport in their respective nations.

"We'd also like to thank the British Ambassador to The Netherlands, Peter Wilson, for hosting a fantastic reception, which gave us the chance to network and connect with a number of high-profile representatives that will no doubt help us on our journey to deliver the biggest and best Rugby League World Cup of all time when it comes to England in three years' time."

Wilson added: "I'm honoured to have hosted the first event of the RLWC International Development Programme, and that The Netherlands was chosen to kick this off.

"Collaboration in sports underlines the strong bilateral relationship we have with The Netherlands: both countries take our sport very seriously.

"It will be a ground-breaking sports event, with the Women’s and Wheelchair World Cup being held at the same time."

The International Development Programme is being delivered in partnership with UK Sport and the RLIF, and is a project designed to grow the game at all levels and support the long-term prosperity of the sport in developing rugby league nations across the globe.

Thijs van der Zouwen, President Nederlandse Rugby League Bond, commented: "The Dutch Rugby League Board was honoured to be chosen to be the first country to host the International Development Programme.

"The initiative focused on promoting the game, finding new members/sponsors and to enhance our administrative skills."

"Inspired by 2021" was unveiled in June and has three core strands: volunteers, facilities and community engagement.

The 2021 RLWC will feature 32 teams and is due take place across England in October and November of that year.

It' is expected to be the biggest edition to date.