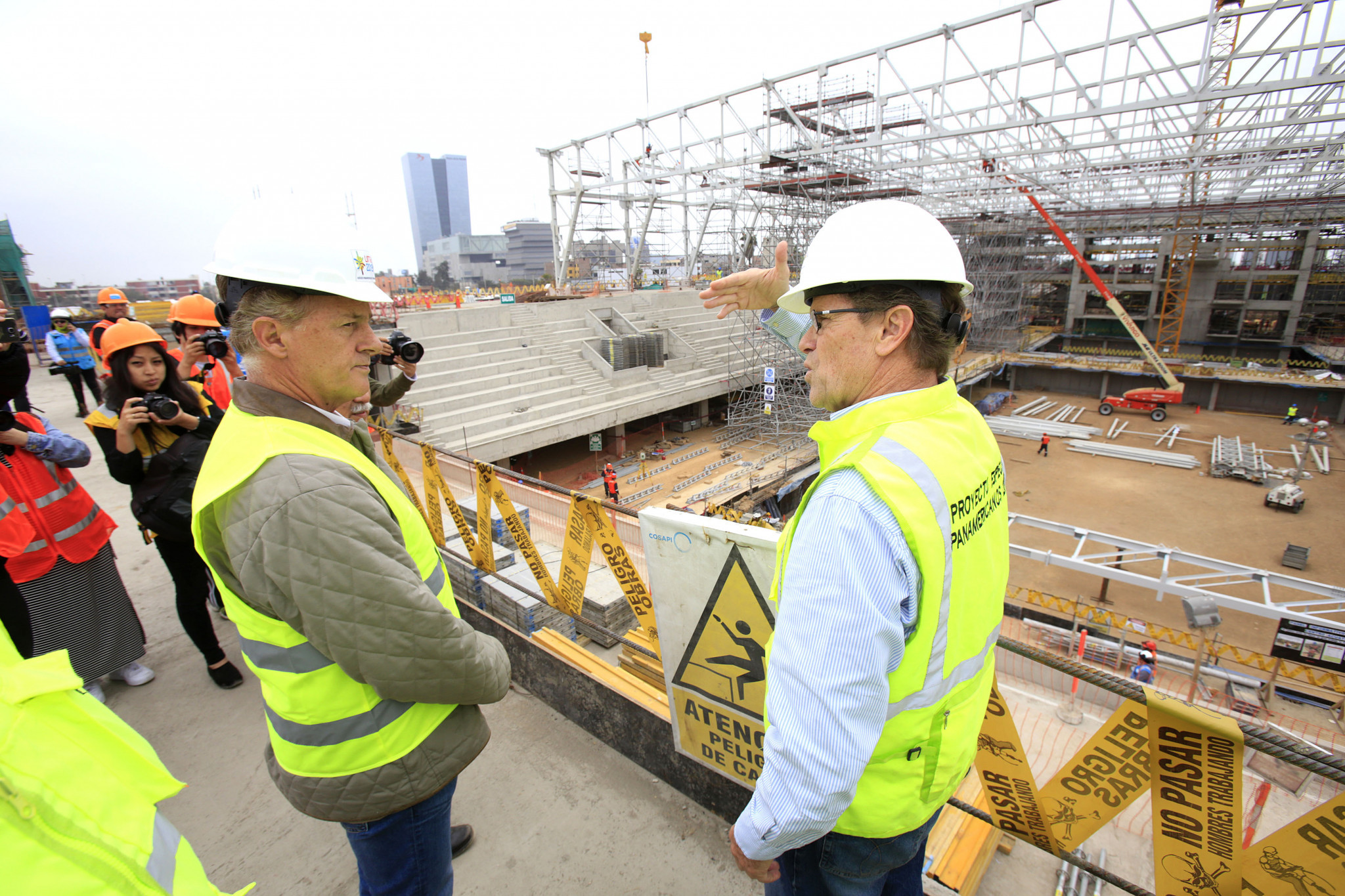 He visited the VIDENA venue cluster in Peru’s capital as well, as the Athletes’ Village and the Andrés Avelino Cáceres sports complex in Villa María del Triunfo.

Wells, due to officially become Mayor on January 1 next year, was joined by Lima 2019 President Carlos Neuhaus, head of the Advisory Board of the Ministry of Transport and Communications, Eduardo González Chávez and the Peruvian Institute of Sport chairman Viktor Preciado.

Neuhaus gave Wells an update on the preparations for the Pan American Games, due to be held from July 26 to August 11, and scheduled to be followed by the Parapan American Games from August 23 until September 1.

"We are progressing with works in accordance with the timeline set out in our planning phase," Neuhaus said.

"The majority of work will be ready by March 2019.

"We are now working hand-in-hand with the Mayor-elect.

"Following Jorge Muñoz’ visit the message is clear: we must work closely together so we can host a memorable Games that places sport at the heart of Peruvian society."

Nearly 7,000 athletes from 41 countries are due to compete in 424 disciplines in 39 sports at the Pan American Games.

Countries from 31 countries are set to take part in 17 sports in the Parapan American Games.

Wells praised the work of Lima 2019 and pledged his cooperation to staging the events.

"We are all here to contribute and support so that together we can host a great Games," he said.

"I am impressed with what I have seen today.

"I am optimistic because I have seen the professional work the Organising Committee is doing.

"It is a great honour to host the Games in Lima.

"We will be following the works closely to see how we can support the organisers.

"We must also be prepared to host all the people living with disabilities who will take part in the Parapan American Games.

"We will coordinate with Lima 2019 on areas such as transport to have everything in order for July 2019.

"I am certain that we will have a successful Games that will leave a positive legacy for the city.

"I leave happy because I can see that all the work is being done well and for the benefit of those living in Lima."